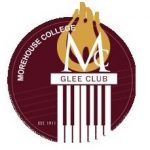 Founded in 1911, the Morehouse College Glee Club has a long tradition of significant public appearances, having performed at Martin Luther King Jr.’s funeral, President Jimmy Carter’s inauguration, Super Bowl XXVIII, and the 1996 Summer Olympics in Atlanta. Almost from the beginning, the Glee Club members have been the school’s official performing ambassadors. The glee club has earned an international reputation through its annual tours and has traveled through Europe, Africa and the Caribbean.

Known for its focused stage presence, musical precision, wide-ranging repertoire and distinguished alumni, the club’s recording of “I’m Building Me a Home” was used by Morehouse alumnus Spike Lee for the opening credits of his 1988 film “School Daze.”