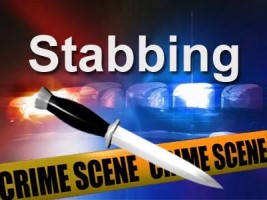 On Tuesday, May 18th, 2021, at around 10:42 P.M., Officers responded to 116 Rockland Avenue for a stabbing call. Upon arrival, Officers located a 35-year-old female who was stabbed twice in the back.  The victim was transported to Upstate Hospital, where she is expected to survive. The investigation revealed a suspect, a 15-year-old female, who was the victim’s daughter. It was revealed that the two were engaged in a dispute before police arrival, and during that dispute, the suspect stabbed the victim.  The suspect was later charged with Assault in the Second Degree and Criminal Possession of a Weapon in the Fourth Degree.