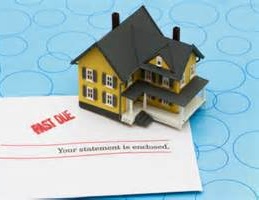 HOPP Has Helped Over 80,000 Families Statewide Avoid Foreclosure Since 2012

This new $20 million in funding brings Attorney General Schneiderman’s total investment in HOPP to $130 million since 2012.

Locally, the program is administered by Home Headquarters, for additional information call Amanda Pascall at 315-474-1939, Ext. 6654

“No New Yorker should lose their home because they don’t have access to an attorney. As communities across New York continue to recover from the housing crisis, HOPP has provided a lifeline that allows families to avoid foreclosure and remain in their homes – and it’s clear that there’s an ongoing need for these critical services,” said Attorney General Schneiderman.  “I’m proud that we’re able to provide an additional $20 million for this vital program.”

Since the Office of the Attorney General established the program in 2012, more than 80,000 families have received free, high-quality assistance to avoid foreclosure through HOPP, including over 25,000 families who have received modifications to their mortgages. HOPP funds a statewide network of nearly 90 housing counseling and legal services organizations.

The funding for HOPP comes from bank settlements that Attorney General Schneiderman secured through the federal-state mortgage-backed securities working group, which President Obama appointed Attorney General Schneiderman to co-chair in 2012. That settlement money has been allocated toward a range of initiatives across the state to help communities recover from the housing crisis.

“We have an obligation to provide the tools and resources necessary to enable residents who are struggling financially a pathway to avoid foreclosure,” said Suffolk County Executive Steve Bellone. “I commend Attorney General Schneiderman for his unwavering commitment to this mission and backing it up with funding that will support counseling, legal services, and assistance for residents to remain in their homes.”

“I am grateful for the substantial funding Attorney General Schneiderman continues to secure to help Nassau County residents who need assistance with mortgage, credit and other housing issues,” said Nassau County Executive – Elect Laura Curran. “This is a great program for Nassau and I look forward to working with the Attorney General as County executive.”

“Homeowners facing foreclosure need all the help they can get, but often are taken advantage of because they don’t know their options or their rights,” said Erie County Executive Mark Poloncarz. “The HOPP program gives them guidance and space to make good decisions and avoid foreclosure, bringing stability to families and neighborhoods. Thousands of homeowners statewide have benefitted from the program and thanks to Attorney General Schneiderman thousands more will now have the same opportunity.”

“Attorney General Schneiderman has once again demonstrated his deep commitment to New York homeowners. This much needed funding comes at a critical moment for groups working on the front lines to stabilize communities and keep families in their homes across the state,” said Christie Peale, Executive Director of the Center for NYC Neighborhoods. “We are grateful to the Attorney General’s partnership and support, and pledge to help his office implement strategies that prevent foreclosures, deter scammers and strengthen neighborhoods.”

Kirstin Keefe, a senior staff attorney with the Empire Justice Center, said, “This funding from Attorney General Schneiderman means housing lawyers and counselors will continue to be able to help families across New York State stay in their homes and in their communities. Over the past year, with funding for the Attorney General, the HOPP program helped tens of thousands of New Yorkers. We now have another year’s work of funding to help even more people fight bureaucratic roadblocks to foreclosure. Empire Justice Center is delighted to continue to partner with the Attorney General to give homeowners a fighting chance.”