Syracuse, N.Y. – The 2019 Mayor’s Ball to benefit the Ben Walsh for Syracuse campaign to be held at the Historic Landmark Theatre on Saturday, January 26, 2019 at 6:00pm.

Mayor Walsh is the 54th Mayor in the history of the City of Syracuse, and only its second independent Mayor. Putting aside partisan and personal politics, Mayor Walsh has been a leader in some of the most transformational projects in Syracuse’s recent history. The Mayor’s experience in the public, private, and non-profit sectors has earned him a reputation as a pragmatic and collaborative leader. Mayor Walsh currently resides on the city’s west side with his wife, Lindsay, and their two daughters.

The 2019 Mayor’s Ball will highlight the Mayor’s first year in office. 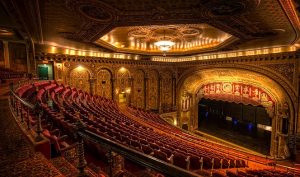 Mayor Walsh will be making remarks at 7:30pm.

Tickets available to the public through Eventbrite. (Dress code is Black Tie Optional.)