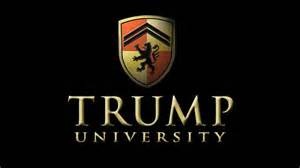 In 2013, my office sued Donald Trump for swindling thousands of innocent Americans out of ​millions of dollars through a scheme known at Trump University. Donald Trump fought us every step of the way, filing baseless charges and fruitless appeal​s​ and refusing to settle for even modest amounts of compensation for the victims of his phony university. Today, that all changes. Today’s $25 million settlement agreement is a stunning reversal by Donald Trump and a major victory for the over 6,000 victims of his fraudulent university.

I am pleased that under the terms of this settlement, every victim will receive restitution and that Donald Trump will pay up to $1 million in penalties to the State of New York for violating state education laws. The victims of Trump University have waited years for today’s result and I am pleased that their patience–and persistence–will be rewarded by this $25 million settlement.