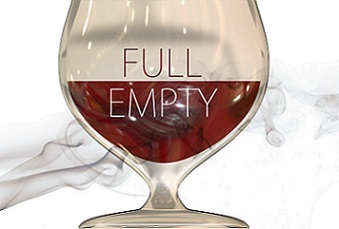 Expert strategies for helping people to stop focusing on their problems and lead more positive, productive and rewarding lives

It’s sad but true: Americans becoming overwhelmingly pessimistic. And, there’s no shortage of studies to prove it. From reported data citing that a paltry 6 percent of Americans think the world is getting better to the staggering finding that more than two-thirds of Americans think the country is moving in the wrong direction, all of this negativity is understandably taking its toll. In fact, this rampant pessimism is taking a major toll as stress and depression loom large across the U.S. The most recent American Psychological Association’s Stress in America survey reports over a third of adults are experiencing increased stress over the previous year, while this year the National Center for Health Statistics show suicide rates in America at a 30-year high. 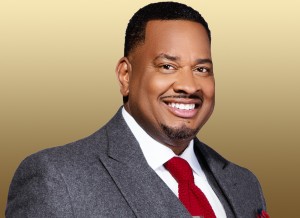 Even those seemingly dedicated to making positive changes in their lives systematically fail. For instance, while many lean on New Year’s resolutions in a heartfelt attempt to promote positive life changes, the chances of realizing success are slim. Reports indicate that upwards of 25 percent of people who make New Year’s resolutions will already have failed at keeping them a mere 7 days into January. As for those who managed to outlast the week and stick it out the entire year? That number is a dismal 8 percent.

While the statistics themselves might be depressing, there is certainly hope for those dedicated to making favorable changes. When put into practice, there are three timeless truths that can help people take their focus off their problems in order to lead more positive and productive lives.

1. The first is to “think it.” It is widely believed that one’s mind has a powerful influence on the physical body—a belief that can be traced all the way back to the fourth century with Hippocrates. Today there is scientific data backing up this connection, which even mainstream medicine leverages in a variety of treatments like from biofeedback and cognitive behavioral therapy to simple relaxation techniques. But, you can use this connection quite effectively yourself every day. In order to unlock inner greatness at work, at home, in social circles and with other aspects of your life, you have to maintain a transformational, positivity-oriented mindset that’s also open to change and adaptation. The mind has the greatest propensity to either enrich our personal growth or limit it.  It has the highest potential to either advance our life or destroy it. Tame this tool or realize opportunity loss at best or suffer grave consequences at worst.

2. The second truth is to “speak it.” Identify the lies and undermining thoughts that play over and over inside your head and replace them with positive truths about yourself; a list of your favorable attributes, accomplishments, etc. Go a step further and verbally speak those truths aloud. This practice of audible affirmations has a powerful, positive effect that has been recently scientifically documented by several university studies. Research from Carnegie Mellon University substantiated that self-affirmation “can protect against the damaging effects of stress on problem-solving performance” and that it “boosts stressed individuals’ problem-solving abilities.” During this “speak it” exercise, there is no need for rationalization, it is a simple act of focusing on the positive certainties in your life—about yourself and the world that impacts you—in order to manifest more.

3. The third truth is to “live it.” The most powerful weapon we have to transform our mind, and our life, is to not just to think and speak these truths, but to live in ways that will serve a cause and effect to actualize and make them a reality. This is very much the principle at work with the scientifically-validated Law of Attraction. Want to lose 100 pounds in 6 months? Go to the gym today.  Want a raise at work? Invite your boss to lunch this week and get to know him or her on a personal level and share your aspirations. Take some form of “live it” action each and every day toward your goals, no matter how large or small.

If you find yourself in the grip of pessimism, stress or depression, turning the tide around and living a positive, productive and rewarding life can seem nearly impossible. However, all it takes is one positive thought to get the ball rolling in the right direction. With those thoughts leading to audible words, and those words lead to action creating a cycle of “think it, speak it, live it,” this simple yet powerful technique can truly transport you from wishful thinking to tangible transition.

When you apply these expert tactics for living life in a way that promotes positive progression, you will surely be well on your way to enhanced personal and professional success—no futile resolutions required.

Empowerment pundit Dr. Jeffery Chapman is a motivational speaker and author of the upcoming book, “Timeless Truths: Three Keys to Unlock Your Inner Greatness.” He may be reached online at www.drjefferychapman.org