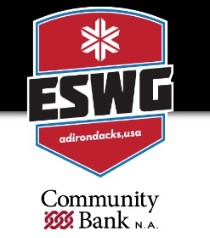 More Than 2,500 Athletes Expected to Compete in 17 Sports Over Three Days

ALBANY, N.Y. — Governor Andrew M. Cuomo today announced the 38th annual Empire State Winter Games will kick off on Thursday, February 1 and will run until Sunday, February 4 in Lake Placid. More than 2,500 participants will compete in 17 different sports during the three-day multi-sport festival.

“The North Country is home to world-class winter sports and this February, New York welcomes thousands of athletes and winter sports enthusiasts to enjoy the 38th Empire State Winter Games,” Governor Cuomo said. “I encourage families from near and far to watch the games and enjoy all that the North Country has to offer.”

This multi-sport destination festival gives amateur athletes the opportunity to compete in world-class Olympic venues in more than 30 events. The Games will kick off with an inaugural Torch Relay departing from New York City.

The 2018 Empire State Winter Games includes an expanded outdoor village located on Lake Placid’s Main Street. The Village will host the ESWG cauldron, a Jumbotron with livestreaming, ESWG television event coverage, live music, spectator speed tubing, and the 2018 ESWG winter bike and NorX competitions. One of 2018’s new events, the inaugural Rail Jam competition, will take place at Malone’s Titus Mountain. The Village will also feature samples of soups and chili prepared by local chefs for Taste of the Games.

Olympic Regional Development Authority President and CEO Mike Pratt said, “This has been an extremely exciting winter on ORDA’s venues. Lake Placid has hosted five international events that have played significant roles in selecting Olympic teams around the world. Everyone at ORDA takes tremendous pride in not only hosting World Cup and world championship caliber competition, but also events like this that inspire future Olympians.”

Executive Director of the Empire State Winter Games Tait Wardlaw said,”Thanks to the Governor, the growth of the Games has come from a concerted effort to create more fun things to do for athletes and their friends and families. We view the Games as a reward for getting outside, working hard and playing hard. This year’s Games will be more fun for everyone than ever before.”

Established in 1982, the New York State Olympic Regional Development Authority (ORDA) was created by the State of New York to manage the facilities used during the 1980 Olympic Winter Games at Lake Placid. ORDA operates Whiteface, Belleayre and Gore Mountain ski areas; the Olympic Sports Complex at Mt. Van Hoevenberg; the Olympic speed skating oval, Olympic jumping complex and Olympic arena. As host to international and national championships, the Authority has brought millions of athletes, spectator and participants to the region, resulting in significant economic development.