A day Americans will never forget, September 11, 2001, the attack on the towers at the World Trade Center, The Pentagon and the plane forced to crash in a field in Pennsylvania by passengers. The initial reports were stunning enough, as news of a plane hitting one of  2 iconic World Trade Center towers.  As  live visuals reached the screen we became aware that our country was under attack from multiple fronts. 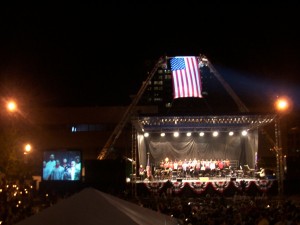 Post September 11 gathering at Clinton Square people from all over the region, thousands gathered.

Those in Syracuse can remember the roar of planes taking off from Hancock Airbase en route to assist in the opening salvos in what would become,  America’s War on Terror.  It’s been 19 years since that fateful day in 2001 when people awoke to conduct their daily lives.  Little did anyone know that within hours, our world as we knew it would change forever.

For a brief moment in time, Americans were united.  There was no immediate bickering between political party’s. The World was sending messages of condolence to the American people.

To commemorate that day and the loss of life that touched every corner of our nation there are now annual events in almost very city, town and village in America. In 2020 due to COVID-19 concerns, some ceremonies were held live. However virtual events were streamed, and pictures were posted by many communities on social media to show their solidarity on this day when nothing seemed to separate our nation. 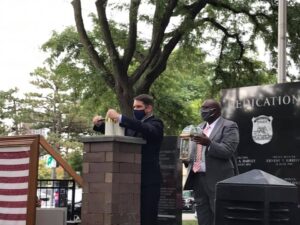 During the small and private ceremony, both attendees and SPD/SFD service-women and -men (via a radio transmission) observed a moment of silence at 8:46 a.m., the time that the first plane flew into the World Trade Center.

As we all take time today to reflect on the sacrifices and bravery of the heroes, families and our nation during that tragic day on 9/11, may we consider living in a way that cherishes life and those around us on the frontlines who protect it. 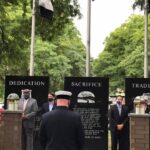 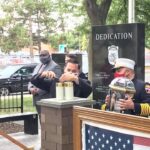 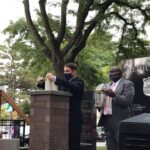 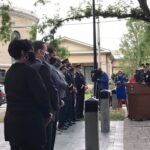 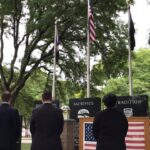 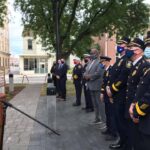 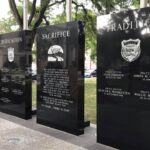