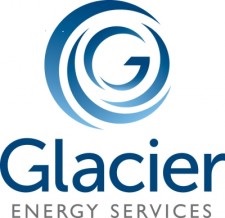 ALBANY – Attorney General Eric T. Schneiderman and Acting Commissioner of Taxation and Finance Nonie Manion today announced the plea and conviction of Gary Mole, 52, an Australian citizen and the former CEO of Glacial Energy Holdings (“GEH”), stemming from the underreporting of over $18.5 million dollars in taxable income by Glacial Energy of New York (“GENY”), a wholly owned subsidiary of GEH.  Mole pleaded guilty to Criminal Tax Fraud in the Second Degree, a class C felony. Co-defendant GENY was previously convicted of the same crime after pleading guilty on December 3, 2015.

“By diverting millions in income, this defendant showed no regard for the integrity of our tax system or for the many New Yorkers who would be left footing the bill. No matter how elaborate the scheme, those who seek to avoid paying their fair share of taxes will be caught and punished,” said Attorney General Schneiderman.

“This guilty plea should send a powerful reminder to every business owner: those who attempt to evade their tax obligations through criminal schemes will pay a price,” said NYS Tax Department Acting Commissioner Nonie Manion. “We will continue to work with the Attorney General’s Office and all of our law enforcement partners to ensure that violators face justice.”

According to prosecutors, from 2006 through 2008, Mole was the CEO and sole shareholder of GEH, an energy service company incorporated in Nevada. In approximately 2006, Mole allegedly began personally investing taxable revenue of GENY in a mining operation in the Democratic Republic of Congo (“DRC”), Generales Des Mines Au Congo SPRL, known as “Gemico.” Between January 1, 2006 and December 31, 2008 Mole diverted over $18.5 million in taxable revenue from GENY to Gemico. Mole instructed subordinates to wire money to bank accounts in the Democratic Republic of Congo, Switzerland, Lichtenstein, South Africa, and China, among others, all for the benefit of Gemico.

Mole and GENY then improperly deducted the monies invested in Gemico as consulting expenses on GENY’s tax returns for years 2006, 2007 and 2008, thereby understating GENY’s New York State taxable income by millions of dollars. In order to conceal and justify the false accounting of the payments to Gemico as consulting expenses, in 2007, Mole and a former employee at GEH created and backdated a consulting agreement between Gemico and Glacial and fake invoices from Gemico to Glacial. As a result of the fraud, Mole and GENY evaded a total of over $670,000 in New York State income taxes.

Today, Mole entered a plea of guilty to the crime of Criminal Tax Fraud in the Second Degree, a class C felony, in satisfaction of the pending indictment.  As a condition of his plea, he repaid $335,000 in restitution to the State of New York.  Mole, a citizen of Australia who is currently in the United States on a work visa, was sentenced to an unconditional discharge and agreed to satisfy the remaining restitution by entering a judgment against himself in favor of the New York State Tax Department. Mole pleaded guilty before Hon. Roger D. McDonough in Albany County Supreme Court.