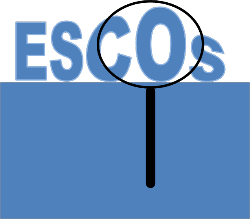 New York—Attorney General Eric T. Schneiderman today announced a $550,000 settlement with Liberty Power Holdings, LLC (“Liberty”), as part of an ongoing investigation into energy service companies (ESCOs). The investigation uncovered that the company’s contractors and subcontractors lured consumers with false promises of savings, and then charged them costly early termination fees when they tried to get out of their contracts. Additionally, sales representatives used other deceptive means to enroll consumers, such as falsely claiming to represent the consumers’ current utility provider or having someone 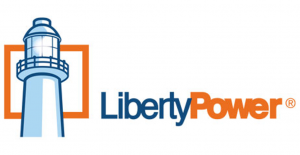 who was unauthorized to give consent such as a minor sign the enrollment agreement. As a result, many consumers did not even realize that they had been enrolled in Liberty. According to the settlement, Liberty will implement new restrictions on their marketing practices to prevent future frauds and pay $550,000, which will be used to refund eligible consumers.

“Today’s settlement returns more than half a million dollars to consumers who were deceived by Liberty, which falsely promised savings and enrolled consumers without their consent,” said Attorney General Schneiderman. “My office will not tolerate exploitative businesses that prey on unsuspecting New Yorkers and their hard-earned cash.”

The Attorney General’s investigation found that between 2012 and early 2013, these sales representatives, hired by Liberty’s contractors and subcontractors engaged in multiple deceptive business practices, including falsely promising consumers that they would save money by switching to Liberty, falsely claiming to represent the consumers’ current utilities, switching consumers’ electricity providers without their consent, and violating the Do Not Call Registry. When consumers tried to cancel Liberty’s contracts, they were often charged Early Termination Fees of $200 or more. The investigation found that Liberty failed to effectively monitor and supervise the activities of these sales representatives to ensure that their conduct was lawful and not deceptive.

In 2013, the Public Service Commission (“PSC”) suspended the company’s authorization to conduct door-to-door marketing in New York, the first time the PSC had ever taken such enforcement action with a New York ESCO. Although Liberty subsequently revised its marketing program, as recently as 2017 the PSC continued to receive complaints about the company’s sales practices.

Energy service companies purchase energy on the open market and then sell it to consumers. Utilities still deliver the energy to consumers, but consumers can choose to purchase their energy directly from the utility or through an ESCO. Liberty used its status as an ESCO to charge its customers higher prices than they would have paid if they purchased energy from their utilities.

Today’s settlement requires Liberty to pay $550,000 to be used for consumer refunds. The settlement also requires Liberty to take measures to prevent deceptive practices in the future, including adequate training of customer service representatives, recording communications between customers and sales representatives that result in a sale, refraining from misleading marketing and advertising that implies savings, regularly monitoring customer service calls, and implementing appropriate disciplinary procedures for violations of the law.

New Yorkers who purchased electricity from Liberty Power may be eligible for a refund if they were subject to certain deceptive practices. Impacted New Yorkers can submit complaints online or by phone at 800-771-7755.

Consumers can protect themselves from unscrupulous ESCOs by remembering the following tips:

This investigation was handled by Special Counsel Mary Alestra and Assistant Attorney General Kate Matuschak, under the supervision of Deputy Bureau Chief Laura J. Levine and Bureau Chief Jane Azia. Additional assistance was provided by Researcher Anushua Choudhury of the Research and Analytics Department and the Consumer Frauds and Protection Bureau, under the supervision of Executive Deputy Attorney General for Economic Justice Manisha M. Sheth.