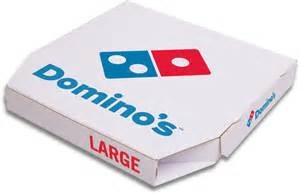 Schneiderman: New York Law and Basic Decency Hold Domino’s Responsible for Mistreatment of the Workers Who Make and Deliver the Company’s Pizzas

NEW YORK—Attorney General Eric T. Schneiderman today announced a lawsuit against Domino’s Pizza, Inc., Domino’s Pizza LLC and Domino’s Pizza Franchising LLC (collectively, “Domino’s”) and three Domino’s franchisees, alleging that they underpaid workers at least $565,000 at ten stores in New York. The lawsuit asserts that Domino’s is a joint employer of the workers at the 10 franchise locations, and is therefore responsible for underpaid wages to these workers. This is the first case in which the Attorney General has alleged that a fast food corporation is liable as a joint employer for labor violations at its franchise stores.

A multi-year investigation by Attorney General Schneiderman’s office revealed that Domino’s allegedly urged franchisees to use payroll reports from the company’s computer system (called “PULSE”), even though Domino’s knew for years that PULSE under-calculated gross wages. Domino’s typically made multiple updates to PULSE each year, but decided not to fix the flaws that caused underpayments to workers, deeming it a “low priority.”

The lawsuit also alleges that Domino’s is a joint employer because the company micromanaged employee relations at its franchisee stores.  As the Attorney General’s investigation found, the company played a role in the hiring, firing, and discipline of workers; pushed an anti-union position on franchisees; and closely monitored employee job performance through onsite and electronic reviews.

“At some point, a company has to take responsibility for its actions and for its workers’ well-being. We’ve found rampant wage violations at Domino’s franchise stores. And, as our suit alleges, we’ve discovered that Domino’s headquarters was intensely involved in store operations, and even caused many of these violations,” said Attorney General Schneiderman.  “Under these circumstances, New York law – as well as basic human decency – holds Domino’s responsible for the alleged mistreatment of the workers who make and deliver the company’s pizza. Domino’s can, and must, fix this problem.”

The Attorney General’s Office has already settled cases with 12 Domino’s franchisees, who collectively own 61 stores and who have agreed to pay approximately $1.5 million to date.  The Attorney General’s investigation uncovered internal documents produced by Domino’s showing that over a two-year period, 78% of New York franchisees listed rates for at least some employees below the required minimum wage, and 86% listed rates below the required overtime rate.

Domino’s is the world’s second largest pizza restaurant chain, and is the largest pizza delivery chain in the U.S.  The company has 136 franchisee-owned stores in New York, along with 54 owned by Domino’s itself.

New York State law permits a finding that a company is a joint employer if it has control, or authority to control, employees in certain key ways.  As alleged in the complaint, Domino’s exerts such control by:

The lawsuit also includes fraud and franchise law claims, alleging the company knowingly sold PULSE, a flawed product, to franchisees and did not remedy its problems.

The wage and hour violations alleged at the stores vary, and they include subminimum wages; failure to pay all overtime required by law; abuse of the tip credit; and failure to fully reimburse employees for all expenses related to use of their cars or bicycles for deliveries.

The three franchisees named in today’s lawsuit are:

Since 2011, the Attorney General has secured more than $26 million for almost 20,000 workers who were cheated out of wages. The Attorney General has also pursued bad actors across the fast food industry, including settlements with Papa John’s franchisees, and also a conviction, with a sentence including jail time of a Papa John’s franchisee owner convicted of wage theft in the Bronx.

Editors note: We are unaware of Wage Theft issues involving Syracuse area Domino’s, those employed by Domino’s should inquire locally. The Attorney General has been aggressive statewide in prosecuting those convicted of wage theft.