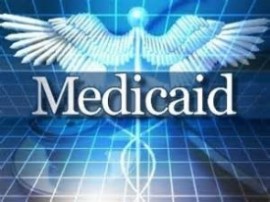 Nicholas Rice Submitted False Timesheets, Falsely Billed Medicaid Over $6,000 For Home Care Services He Did Not Provide To A Disabled Medicaid Recipient

ROCHESTER—Attorney General Eric T. Schneiderman announced the sentencing of Nicholas Rice, of Rochester, NY. Rice stole over $6,000 from Medicaid by submitting false timesheets claiming that he provided home care services to a disabled Medicaid recipient. An investigation conducted by the Attorney General’s office uncovered that Rice was not present to render the services that he purported to provide. Rice will now serve 1 1/2 to 3 years in state prison.

“When crooks steal from Medicaid, they’re stealing money from New York taxpayers and exploiting those who depend on the program’s vital services,” said Attorney General Schneiderman. “My office will prosecute those who misuse the Medicaid system and take advantage of the disabled for their personal financial gain.”

The Attorney General’s investigation, conducted by the Medicaid Fraud Control Unit (MFCU), revealed that Rice submitted false timesheets to Maxim Healthcare and received payment for services that he did not provide to a disabled Medicaid recipient. The recipient qualified for 116 hours of personal care per week to assist with his significant healthcare needs, including but not limited to, tube feeding and seizure monitoring.

The investigation further revealed that over the course of at least three months, Rice submitted phony time sheets that were signed and verified by the recipient’s relative—indicating that Rice had provided daily personal care services to the Medicaid recipient when, in fact, he did not. At the time of this crime, Rice was on parole for a felony offense and was mandated to wear an ankle bracelet-tracking device. The data retrieved from the device revealed that Rice was approximately 40 miles away in Rochester, NY when he claimed to have been providing services to the Medicaid recipient in the recipient’s home in Geneva, NY.