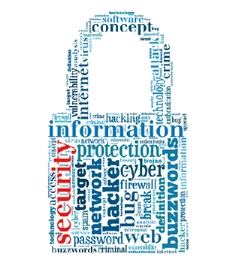 “It’s clear that New York’s data security laws are weak and outdated. The SHIELD Act would help ensure these hacks never happen in the first place. It’s time for Albany to act, so that no more New Yorkers are needlessly victimized by weak data security measures and criminal hackers who are constantly on the prowl,” said Attorney General Schneiderman.

The SHIELD Act was introduced this week by Attorney General Schneiderman as a program bill and is sponsored by Senator David Carlucci and Assemblymember Brian Kavanagh.

In 2016 alone, the Attorney General’s office received a record 1,300 data breach notifications, representing a 60 percent increase over the previous year. In September, it was announced that Equifax Inc – one of the nation’s three major credit reporting agencies – experienced a massive breach that impacted over 8 million New Yorkers; Attorney General Schneiderman launched a formal investigation into the breach and has successfully pressed the company to address a number of issues.

Under current law, companies can compile troves of sensitive data about individual New Yorkers – but they are not obligated to meet any data security requirements if the personally identifying information in their possession does not include a social security number. In fact, current law does not even require companies to report data breaches of username-and-password combinations, or biometric data like the fingerprint used to unlock an iPhone.

Under Attorney General Schneiderman’s SHIELD Act, companies would have a legal responsibility to adopt “reasonable” administrative, technical, and physical safeguards for sensitive data; the standards would apply to any business that holds sensitive data of New Yorkers, whether they do business in New York or not. The standards are sensible, and commensurate with the sensitivity of the data retained and the size and complexity of the business.

The SHIELD Act also expands the types of data that trigger reporting requirements, to include username-and-password combinations, biometric data, and HIPAA-covered health data. The bill also provides companies with a strong incentive to go beyond the bare minimum, and obtain independent certification that their data security measures meet the highest standards; companies that do so would receive safe harbor from state enforcement action.