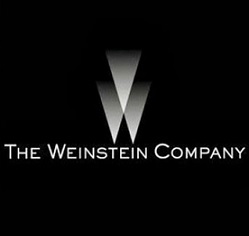 AG Files Lawsuit to Ensure Victims Will Be Compensated, Employees Will Be Protected Moving Forward, and Parties Responsible For Egregious Misconduct Will Not Be Newly Empowered As Part of Any Future Sale

According to the Attorney General’s (“OAG”) lawsuit, despite many complaints to TWC’s human resources department and widespread knowledge across the company’s leadership of HW’s persistent misconduct, TWC executives and the Board repeatedly failed to take meaningful steps to protect company employees or curb HW’s misconduct.

“As alleged in our complaint, The Weinstein Company repeatedly broke New York law by failing to protect its employees from pervasive sexual harassment, intimidation, and discrimination,” said Attorney General Schneiderman. “Any sale of The Weinstein Company must ensure that victims will be compensated, employees will be protected going forward, and that neither perpetrators nor enablers will be unjustly enriched. Every New Yorker has a right to a workplace free of sexual harassment, intimidation, and fear.”

Today’s lawsuit is the result of an ongoing four month investigation by the Office of the Attorney General (“OAG”). The investigation included interviews with multiple company employees, executives, and survivors of Harvey Weinstein’s sexual misconduct. The investigation also included an exhaustive review of company records and emails.

Specific examples of HW’s harassment, intimidation, assault, and a hostile work environment alleged in the complaint include, among many others:

Specific allegations of misconduct by company management include, among others:

As detailed above, according to OAG’s investigation, none of the voluminous complaints filed with TWC Human Resources resulted in meaningful investigation or relief for victims, or consequences for HW. Instead, TWC Human Resources variously claimed there was “nothing” that could be done to address the misconduct; immediately informed HW of the complaint, thereby facilitating retaliation by HW against the complainant; or helped facilitate swift departure of the complainant from the company in connection with a settlement that contained an NDA at the direction of the HR Director’s superiors.

TWC’s culture of harassment and intimidation remained shrouded in secrecy because of HW’s and TWC’s practice of securing silence through Non-Disclosure Agreements (“NDAs”) that prohibited individuals from speaking about their experiences at TWC. In October 2017, Attorney General Schneiderman opened an investigation after initial reports regarding HW – using the Attorney General’s investigative authorities, including investigative subpoena power, to begin removing that shroud of secrecy.

While the Attorney General’s investigation remains ongoing, OAG is bringing suit today to seek court intervention in light of its investigative findings to date and the reported imminent sale of TWC – which OAG has a substantive basis to believe would leave victims without adequate redress, including a lack of a sufficient victims compensation fund. OAG also believes that the proposed terms of the sale would allow the perpetrators or enablers of the misconduct to see a windfall, and allow top officials at TWC who share responsibility for the misconduct to serve in executive positions of the new entity – where they would again oversee the adjudication of HR complaints, including those of sexual harassment, intimidation, and assault.

Those who believe they were victims of or witnesses to the misconduct described in the complaint should call the Civil Rights Bureau hotline at 212-416-8250 or Civil.Rights@ag.ny.gov.

The Civil Rights Bureau of the New York State Attorney General’s Office is committed to combating gender discrimination and sexual harassment faced by women across all industries. The Civil Rights Bureau encourages those who encounter such conduct to contact the office at 212-416-8250 or Civil.Rights@ag.ny.gov.