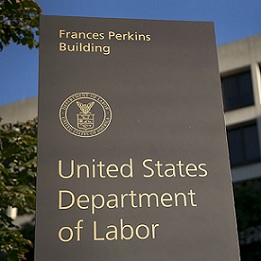 Schneiderman: We Won’t Hesitate to Prosecute Wage Theft – Even if the Federal Government Won’t 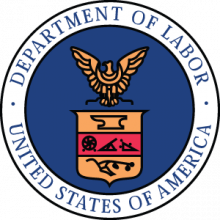 The letter makes clear that the PAID Program encourages employers to require their employees to waive important state law protections, like higher minimum wage levels and longer time periods to sue, in exchange for the employer’s payment of overdue wages. Even though such waivers may not be enforceable against state law enforcement entities, employees may be misled into believing they have no legal recourse to fully vindicate their workplace rights.

“As we’ve said from the start, the PAID Program is nothing more than a Get Out of Jail Free card for predatory employers. Our coalition of Attorneys General won’t stand by as the Trump administration grants amnesty to those who commit wage theft and take advantage of their employees,” said Attorney General Schneiderman. “I want to be clear to those doing business in New York: we will continue to prosecute labor violations to the fullest extent of the law, regardless of whether employers choose to participate in the PAID Program – because all workers deserve a fair day’s pay for a fair day’s work.”

The letter to Secretary Acosta was signed by the Attorneys General of New York, California, Connecticut, Delaware, Illinois, Maryland, Massachusetts, New Jersey, Pennsylvania, Washington, and the District of Columbia.

The letter to Secretary Acosta raises multiple concerns with the PAID Program, including that it releases employers from the obligation to pay liquidated damages, penalties, and interest on overdue wages. Additionally, the PAID Program appears not to require employers to pay employees at any applicable higher state or local minimum wage or overtime wage rates, or to pay wages owed during longer state statute of limitations periods. For a New York City fast food worker, for example, that could mean the difference between recovering at the federal minimum wage of $7.25 an hour rather than the applicable state minimum of $13.50.  Furthermore, the PAID Program encourages employers to have employees sign separate releases to settle claims under state law – yet the Department of Labor refuses to oversee such state-law settlements to ensure their fairness. Finally, the letter warns that the PAID Program may improperly permit participation by employers who are currently under investigation by state attorneys general or labor enforcement authorities.

To gather additional information relevant to these concerns, Attorney General Schneiderman has also issued a request for information under the Freedom of Information Act (FOIA) to the U.S. Department of Labor. The FOIA request seeks information relating to the topics addressed in the multistate letter, as well as agency records concerning the development, implementation, consideration, and evaluation of the PAID Program, including communications with employers.

Since taking office in 2011, Attorney General Schneiderman’s Labor Bureau has won back over $30 million in stolen wages and additional damages for over 21,000 workers across New York.