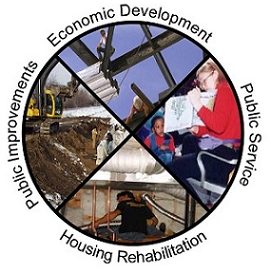 If you aren’t already, people need to be aware of proposed budget cuts to the Community Development Block Grant program (CDBG). Cities such as Syracuse, have utilized these programs to combat urban blight, homelessness, repair homes, mitigate lead and other hazards, feeding children and seniors. The list goes on to identify how CDBG funds assist in maintaining and improving the quality of life in some of our most distressed neighborhoods.

Directors of organizations impacted by the Federal Governments pending cuts, have written a letter to U.S. Congressman John Katko (R-Onondaga) in an effort to preserve funding these programs depend on. Below, you’ll find the text of the letter and  names of those agencies that have signed on to the letter emphasizing what is done with these much needed funds.

On behalf of the housing and human service entities that serve thousands of Syracuse families each year with programs and services made possible through Community Development Block Grant (CDBG) and HOME funding, we would like to thank you for your stated support in keeping these key federal investments in our upstate city from being cut.

CDBG and HOME funds directly target our poorest populations and our most challenged neighborhoods through grants, deferred loans and programming that repair homes, provide job training, mitigate lead and other environmental hazards, feed children and seniors, relocate families after disaster, remove blighted and dangerous structures, educate new homebuyers, defend victims of housing discrimination and more. These federal funds are often the first step for families trying to break out of poverty by getting better jobs or becoming homeowners and building family wealth. CDBG/HOME funds are also the last line of defense keeping families from losing their homes, kids from dangerous lifestyles and seniors in their homes safely and affordably.

Some facts about CDBG and HOME funding in Syracuse:

As you know, Syracuse leads the entire country in concentrated poverty for both Black and Hispanic families. Syracuse is also in the top five metropolitan areas in the United States for lack of opportunity for minority families. With limited resources, every housing and human services agency already works to increase private investment from a dwindling pool of corporate partners and to make the urgent case for housing needs to an over-burdened philanthropic community. CDBG, HOME and CDFI funds are often the only source of funding for our poor and very poor families. We cannot afford to further disinvest in our urban center.

We are happy to meet with you to discuss specific programs, share numbers and goals and to show you, family by family, house by house, the difference CDBG/HOME funding has made in Syracuse.