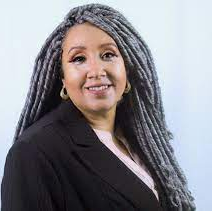 Friends of ACTS: So many of us have been held hostage by the anxiety produced in the anticipation of today’s verdict for Derek Chauvin in the murder of George Floyd. The despair in preparing for what history has always told us about the justice for black and brown people and yet the hope that it could be different…this time. The unexpected verdict of GUILTY, GUILTY and GUILTY had not been heard by our ears; how do we recognize that?

The shock and awe of this thing we have long waited for has arrived and it is overwhelming. How do we consume and make meaning of an un-transformed system determining that George Floyd’s life-ending was exceptional enough to find justice in a system that has always left black and brown people bare, minimized, and invalidated?

Can we celebrate and hold this moment? Even if it is for only a moment?

Every organizing effort over the last year has curated this reckoning. It has been the disruption and the attention demanded to this human being and his life along with so many others that brought us to this moment. It has taken the strategic action of allies and accomplices to ensure that this would not take the usual turn.

The justification of life has been pronounced today. Can we just soak in the moment? Can we sit in the pain and exhilaration of it all?

Tomorrow brings the reality – reform is necessary. It doesn’t return George to his family, nor the countless other kin taken from their families, friends, and neighborhoods. The reality that most will look to lay the white supremacist system on one man, on one officer who has been groomed and created by that system.

Will we continue to do the work to not individualize this? Will we recognize that Derek Chauvin is not a bad apple, but rather that he was groomed and socialized in a system that was created to have him as an accomplice and rewarded him and others?

This realization and reckoning doesn’t absolve the system of the next level of work. But for today, can we sit in peace and exhaling that all we have fought for has shown up! Today, can we share with our children that it is possible that our humanity will be seen and we will pursue that our bodies and lives MATTER!