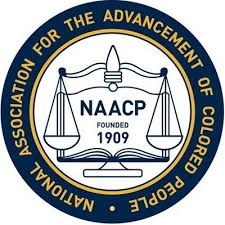 Syracuse, N.Y. – Linda Brown-Robinson, President of the Syracuse/Onondaga County Chapter of the NAACP released the following statement regarding the new use of force policy for the Syracuse Police Department:

“While the Syracuse Onondaga NAACP continues to review the Use of Force documents forwarded to the public, the City of Syracuse has failed to respond to our request. Our letter to Mayor Walsh was specific; we strongly requested all evidence collected through the investigation be preserved and remitted to the appropriate human rights organizations, including the NAACP, during and after this investigation. To our disappointment the Mayor and Chief Buckner have simply provided the public with a policy regarding confidentiality of police officers’ personnel performance records. This is not a response to our request. Civil Rights Law § 50-a, does not allow for a broad ban of disclosure simply because a matter involves police officers.

We have strongly requested that the evidence collected in this matter be retained to allow for parallel and subsequent investigations by non-municipal bodies. We believe this must occur in order to determine whether the behavior of the police officers was reasonable given the facts and circumstances at the time of the incident to accomplish a legitimate law enforcement purpose.

Furthermore, though we look forward to a “transparent” discussion regarding new policy, we are suspect of the Syracuse Police Department in their actions since the Grace St. arrest occurred. In particular, the post arrest of passenger Yamil Osorio. It is actions such as this that derail the trustworthiness of our police and fuel the racial divide that exists between law enforcement and the public.

Mayor Walsh and Chief Buckner, we need to get this right. Let’s focus on what happened on May 31st and get to the bottom of why the Syracuse Police engaged in a violent takedown of a young black male for what appears to be a minor traffic violation.”