Syracuse, N.Y. – With the first transfer of American Rescue Plan Act (ARPA) funds arriving to the City this week, Syracuse Mayor Ben Walsh says the time is now to deploy relief to city residents. Walsh unveiled plans for $123 million in federal aid to the City of  Syracuse proposing to invest in children, families and neighborhoods; infrastructure; jobs and the economy; and making city government more resilient and responsive. Walsh committed to work with the Syracuse Common Council to begin deploying funds to the most time sensitive priorities immediately. 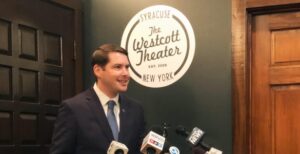 “Our plans answer the call to build a stronger and more equitable City of Syracuse coming out of the pandemic. Syracuse survived a disaster that put thousands of people out of work, destabilized children and families and caused severe illness and death. The signs of suffering are evident in housing, violence, youth and families,” said Mayor Walsh.  “Working with the Syracuse Common Council, we will begin deploying funds to time sensitive critical programs immediately and will proceed quickly with community engagement and planning on other programs and projects.”

As anticipated in the budget enacted for the upcoming fiscal year 2022, the City will use approximately $22 million in relief funds to restore city government operations services to pre-pandemic levels. It will also set aside about $16.5 million to offset revenue reductions anticipated in future fiscal years. 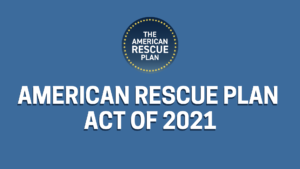 According to federal guidance, funds designated to replace public sector revenue loss can be used in additional areas, including: maintenance of infrastructure; new infrastructure; cybersecurity and critical hardware and software; and public safety. The Treasury Department transferred $61.5 million, the first half of the City’s ARPA relief, to the City Tuesday.

Instead of using ARPA funds to replenish the City’s fund balance, Walsh will apply funds from a projected surplus in the current fiscal year 2021 to restore reserves to in excess of 20% of the City’s annual budget. The reserves were severely depleted due to the pandemic, however, ARPA guidance precludes using relief dollars for reserves.

“Facing severe revenue reductions, including the withholding of state aid, we planned for the worst in the midst of the pandemic. We found new ways to generate revenue and cut spending,” said Mayor Walsh. “Because of those decisions and sacrifices and the restoration of state aid, we will finish this budget year with enough of a surplus to replenish our fund balance to a responsible level without relying on ARPA funds.”

Based on the ARPA funding process, which allows spending of the relief funds through the end of 2024, Walsh said the strategy announced today will undergo revision and adjustments as it is implemented. Expenditures made using ARPA funds will require authorization by the Syracuse Common Council.