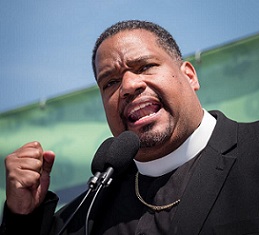 Syracuse, NY–The Alliance of Communities Transforming Syracuse (ACTS) will hold its annual Spring Banquet on Tuesday, April 9, 2019 at Drumlins Country Club from 5:30 – 8:30 PM.  This year’s theme is, “People Have the Power!”  More than 400 people are expected to attend, including state and local officials.  The event will feature a keynote address from Bishop Dwayne Royster, National Political Director for Faith-In-Action, a national support system for social justice faith-based/community groups.  ACTS will also recognize contributions of local social justice champions with awards that will be presented at the banquet.

The ACTS Spring Banquet will celebrate the achievements of the organization over the course of the past year.  ACTS hired a community organizer in the fall, and continues to have success with the efforts of ACTS task forces and groups including Equity in Education, Criminal Justice, Community Violence and Youth, Moving People Coalition and Youth Council.  These groups have been instrumental in expanding pre-kindergarten opportunities in Syracuse, achieving success in the “Raise the Age” campaign against incarceration of teens in adult facilities, court watching to promote bail reform, providing anti-violence training, supporting the I-81 Community Grid option and working to help diversity the school lunch menu in the Syracuse City Schools. 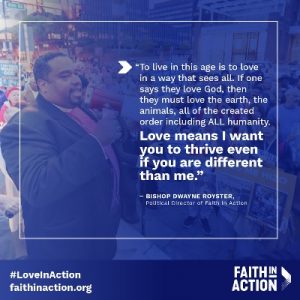 Keynote speaker Bishop Dwayne Royster recently asserted, “We must call out:  greed that supports putting profits over people; white supremacy that manifests itself as hate policies that attack people of color and work to keep Muslims out of the country; arrogance that asserts that money is real power; policies that say that the earth is disposable, and fear that somehow the diversity of our communities are destructive instead of healing; hate that is celebrated instead of repented and all the many forces that move people to exclusion not inclusion.”  His address is sure to inspire those in attendance to commit even more deeply to work for equity and social justice.  More information about Bishop Royster and Faith in Action can be found at https://www.changethedamnworld.com and https://faithinaction.org, respectively.

ACTS is a grassroots, interfaith network made up of 27 organizations from the city of Syracuse and the suburbs, mostly congregations from a diverse range of faith communities as well as several groups with social advocacy commitments, which advocate for social justice.  ACTS members are committed to improving the quality of life for all citizens, especially the disadvantaged and to actively dealing with inequities resulting from poverty and racial discrimination.