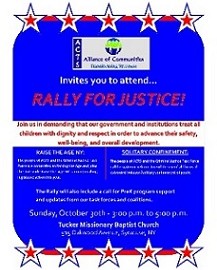 The Alliance of Communities Transforming Syracuse will call on public officials and candidates to address issues critical to the community at a public Rally for Justice 3-5 p.m. Sunday, Oct. 30, at Tucker Missionary Baptist Church, 515 Oakwood Ave.

ACTS will ask the officials if they support ending solitary confinement/isolation of children housed at the Justice Center, raising the age of criminal responsibility from 16 to 18 years in New York state and improving access to pre-kindergarten services – all recommendations developed by ACTS’ task forces during the past year. Other issues also will be addressed. 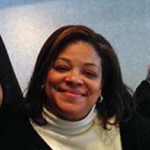 ACTS expects hundreds of people from many faith tradition, people of conscience, residents of Syracuse and the suburbs, from all walks of life who support action on these critical issues to attend the rally.

“We are confident that seeing such broad public support for these actions the officials will take steps to make them happen.”

The event is open to the public and all are encouraged to come and voice their calls for justice for our children.