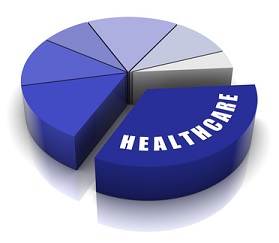 Syracuse, N.Y. – Adolescent vaccination rates in Syracuse are among the highest in the state and nation, according to a new study of medical claims by the Blue Cross Blue Shield Association.

The study examined U.S. claims for 1.3 million children, born in 2000-2003 and commercially insured by Blue Cross Blue Shield plans. The focus of the study was on three vaccines that the Centers for Disease Control and Prevention recommend for adolescents by their 13th birthday:

In Syracuse, 93.1 percent of all adolescents receive the Tdap vaccine, compared to 87.8 percent statewide and 81.7 percent nationwide.

In Syracuse, 83.9 percent of all adolescents receive the meningococcal vaccine, compared to 73.9 percent statewide and 72.1 percent nationwide.

“Physicians in Central New York are doing a great job when it comes to administering vaccines to adolescents,” said Nicholas Massa, M.D., medical director of Excellus BlueCross BlueShield’s Central New York region. Syracuse also has a childhood vaccination rate (84.4 percent) that is in the top 20 among all metropolitan statistical areas examined by the Blue Cross Blue Shield Association.

But, despite having an HPV vaccination rate that is significantly higher than the state and national rates, Massa says there is a need for continued education regarding the HPV vaccine. “The medical literature clearly shows that the HPV vaccine can reduce the risk of infections that cause several types of cancer in women and men,” said Massa. “Most side effects of the vaccine are mild, and are far outweighed by the benefit of preventing cancer.”

According to the CDC, HPV infections are so common that nearly all men and women will get at least one type of HPV at some point in their lives. Sometimes, HPV infections can cause certain cancers and other diseases. Every year in the United States, HPV causes 30,700 cancers in men and women.

Central New York has among the lowest uninsured rates in modern times, which may also explain why Syracuse has among the best records on vaccinations in the state and nation. According to the U.S. Census Bureau’s American Community Survey, the 2016 uninsured rate in Central New York was 3.96 percent, which is half the national rate of 8.6 percent.

For more information on this study from the Blue Cross Blue Shield Association’s “The Health of America Report” series, visit “Adolescent Vaccination Trends in America.”