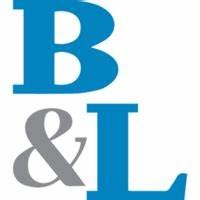 Sealed bids for the furnishing of all labor and material necessary for Contract No. 1 – Reed Webster Park Parking Lot Improvements Project at Reed Webster Park will be received by the Town of Camillus, 4600 West Genesee Street, Syracuse, New York 13219 until 11:00 AM local time April 16, 2019 at which time and place they will be publicly opened and read aloud.

Bids will be received for the following Contract(s):

Electronic copies of the Contract Documents may be obtained from Barton & Loguidice, D.P.C., by providing contact information to jfelber@bartonandloguidice.com.

Each bid must be accompanied by security in an amount not less than five percentum (5%) of the amount of the bid in the form and subject to the conditions provided in the Information for Bidders. No Bidder may withdraw his bid within forty-five (45) days after the actual date of opening thereof.

This project is funded (in part) by a grant from the Onondaga County Community Development Division. Approximately 75% of the total project cost will be financed with federal money.

The attention of Bidders is particularly called to the requirements as to conditions of employment to be observed and minimum wage rates to be paid under the Contract. The right is reserved to waive any informalities in the Bid and to reject any or all Bids.