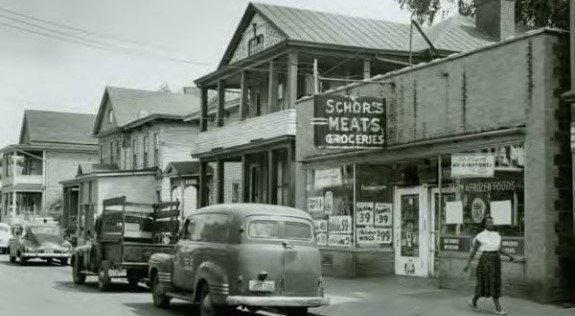 The following story is part of a larger exhibition curated by the Onondaga Historical Association. This work documents the African-American Experience in Mid-20th Century Syracuse. As part of Syracuse Stage’s presentation of “A Raisin in the Sun”, Onondaga Historical Association has provided this exhibition that will be on display in the lobby throughout the run of the show which opens Friday, February 23. As events were occurring on the national stage, Syracuse was facing its local version of discrimination. The OHA exhibit is focused on Housing Discrimination, Syracuse’s 15th Ward, Urban Renewal, along with Education and Employment Discrimination Sections; this is a visual display chronicling African-American life during this important time in history. The panel exhibit piece is by Sarah Kozma of the Onondaga Historical Association (OHA). Sponsorship is provided by National Grid.

The mid-20th century was a time of change. World War II had just ended, the United States was enjoying relative economic prosperity, and the Civil Rights Movement was gaining momentum. However, racial discrimination was still a daily reality across the country and in Syracuse. Steps were beginning to be taken to deal with discrimination and progress moved slowly forward. Organizations such as the State Commission Against Discrimination, National Association for the Advancement of Colored People (NAACP), Urban League, and Congress on Racial Equality (CORE) each used different tactics to achieve the same goal of ending discriminatory practices. These organizations, as well as others, worked in Syracuse to combat discrimination in three major areas: housing, education and jobs.

William Chiles was the director of relocation for Syracuse’s Urban Renewal program in the 1960s. He clearly saw the problems facing the African-American community at that time. “Efforts to solve the racial problem in education, jobs and housing cannot be undertaken separately because the problems in each, feed on the others.”

“… cities of the North have the more subtle forms of discrimination that are more difficult to combat… [but] problems don’t solve themselves. Only enlightened, sensible people solve these problems by tackling them.” Harvey C. Russell- First African-American to become vice-president of a major corporation (Pepsi-Cola) in 1962

In the 1920s there was a steady migration of African-Americans from the South up to northern cities, and in Syracuse, they began moving into the 15th Ward, as many in the Jewish community that had resided there, moved farther east. From the end of World War II to the 1960s, the African-American population grew rapidly in the North as many moved from the rural South looking for better jobs. In Syracuse, the African-American population increased more than 260% in that time period. The 15th Ward became a relatively segregated Black community. However, their increased numbers did not open up new housing opportunities. Instead, prejudice and discrimination kept most African-Americans overcrowded in substandard housing within the limits of the 15th Ward of Syracuse.

Unfortunately, for those who wanted to move outside the 15th Ward neighborhood, it was difficult if not impossible. Many homeowners, landlords, and realtors were simply not willing to sell or rent to African-Americans in other parts of the city or the suburbs. In 1960, the Herald Journal published an article by US Air Force Major Eldridge F. Williams, an African-American, on his experiences of trying to rent or buy a home for his family near his job at Hancock Field, over 5 miles from the 15th Ward. Homeowners refused to rent or sell to him. Williams even put a purchase offer on one house, which suddenly became unavailable. He came to the following conclusion, “I’ve grown accustomed to some prejudice. I expected some opposition in some areas, but this is the most complete restriction I have ever encountered.” Once Williams’ story became known, he received offers to look at 25 homes near Hancock Field, and ended up buying one of the houses he originally wanted. It was reported that his family had no trouble in their new neighborhood.

The issue of housing discrimination was pushed to the forefront in the early 1960’s, when massive Urban Renewal programs called for demolition of the city’s primary African-American neighborhood – the 15th Ward. Syracuse’s Urban Renewal plan called for the area between State Street and Syracuse University to be re-born as a government complex, cultural center and high-rise residential neighborhood. In the way were the overcrowded “slums” of the 15th Ward, much of it substandard housing. City planners felt it would be a blessing to eliminate them. Over 27 blocks were targeted, impacting 75% of the local Black population, a population that would need relocation.

African-Americans, long suffering the discrimination that pushed them into the district, first hoped the plan would lead to better housing and more city-wide integration. It was that dream that many hoped would compensate for the loss of the 15th Ward’s beloved Black institutions and sense of community. But it soon became apparent that the dream would remain just that. Relocation efforts began to lead most Blacks into other rundown, older neighborhoods south and east of the 15th Ward.

In response, protests were organized to pressure City Hall into finding better housing options. Picketing and sit-ins were held at demolition sites in 1963. Dozens of arrests were made. Set against the national civil rights protests in the South, it was sometimes viewed negatively by the local establishment, as agitation by outsiders. However, African-Americans also sought to influence the system from inside. The early 1960’s saw the first Blacks elected to local political positions and the rise of several local organizations to fight discrimination. The era was a turning point in the fight for equality.

During this time, the 15th Ward was the home of the African-American community in Syracuse. In the 1930’s through 1950’s, its diners, barbershops, schools, churches, stores, and community centers, like the Dunbar Center, served as stages for the ebb and flow of daily life. Local Black businesses served their neighborhood while other job opportunities were often limited to porters, cooks, waiters, domestics or unskilled laborers. Very few African Americans worked in the more professional positions, such as lawyers, doctors, bankers, or professors.

Because of the lack of decent employment opportunities, there was little incentive for Black children to continue through school. Organizations like the Dunbar Center and the Central City Business Men’s Association encouraged parents to work hard to educate their children and help them stay in school. But, even those who went to college often had a hard time finding suitable work after graduation. Upon completing a Syracuse University graduate program, John Williams described his post-degree employment in 1951: “I left there and became a clerk at Loblaw’s Supermarket on Adams Street. At that time they must have had the most intellectual group of clerks in the city…all of the black people there had at least a Bachelor’s degree and some had Master’s.” At that time, many highly educated African-American men and women had to leave Syracuse in order to become successful at their chosen profession.

See  Photo Gallery below for pictures of the old 15th Ward and Syracuse during this period. Courtesy of  the Onondaga Historical Association. 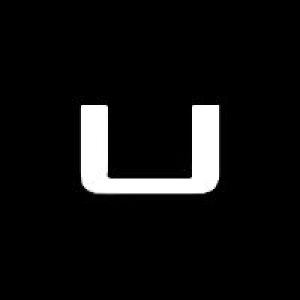