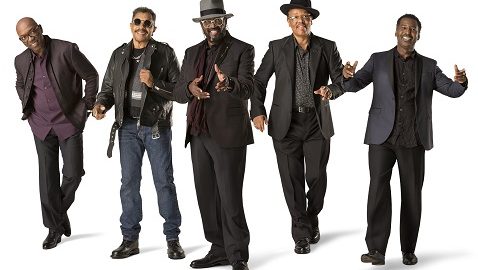 Rock and Roll Hall of Famers The Temptations make a triumphant return to the Chevy Court stage Tuesday, August 28 at 2 p.m. at the 2018 Great New York State Fair, Acting Director Troy Waffner announced today. The performance is on the second of two Senior Days, which feature free admission for people age 60 and older. Free concerts at Chevy Court, which drew more than a quarter million people in 2017, complement Central New York Rising, the region’s comprehensive strategy to grow the economy.

“It’s a pleasure to be able to bring back to Chevy Court one of the greatest vocal groups of all time. From the classic Motown hits of the 60’s to the new music they’ve just recorded, this group covers nearly the entire history of rock n’ roll and soul. I urge fans of any age and any style of music to come see what greatness sounds like,” said Waffner.

It’s the ninth appearance at the Fair for The Temptations, with the last appearance coming in 2006.

The Temptations join the most diverse lineup in New York State Fair history, which includes:

The Chevy Court stage is the home of up to 26 national touring acts each year.  A diverse 2017 lineup, including performers and groups such as Migos, Lynyrd Skynyrd, Earth Wind & Fire, The Beach Boys and Three Doors Down, drew 264,600 fairgoers.  Chevy Court won two Syracuse Area Music Awards in 2017 as People’s Choice for Favorite Venue for Live Music and Favorite Festival or Music Series.  The Fair was nominated for Fair of the Year by the International Entertainment Buyers association, the trade organization for live entertainment industry professionals.  Free concerts at Chevy Court are sponsored by Chevrolet. 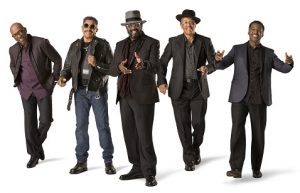 For nearly 60 years, The Temptations have reigned as one of popular music’s most beloved and successful groups worldwide, lauded by Billboard in 2017 as the #1 R&B Artist of All Time. The Temptations rose to the top of the charts with 16 #1 R&B albums and 43 Top Ten R&B hit songs across four decades, including 14 #1 singles. Their hits “My Girl,” “Ain’t Too Proud To Beg,” and “Get Ready” are timeless, iconic classics, while the group’s later forays into funk and psychedelia, including “Cloud Nine” and “Papa Was a Rollin’ Stone,” are just as influential. The group is one of Rolling Stone’s “100 Greatest Artists of All Time.”

The Temptations are pleased to announce their first new album in eight years, “All The Time.” “All The Time” features inspired renditions of songs by Sam Smith, Bruno Mars, John Mayer, Maxwell, Ed Sheeran, Michael Jackson, and The Weeknd, and three new, original Temptations songs.