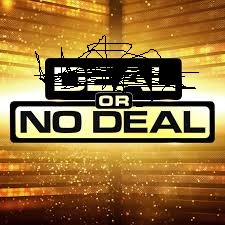 There are people cheering tonight at the demise of this deal. I hope they’re proud of themselves. And the next thing out of their mouths will be some socialist scheme to create jobs by the ten’s. Growing Hemp!

After mounting criticism primarily from Progressives, the planned HQ2 for Amazon is not going to locate in Long Island City, Queens. Countless activists have made their feelings about Amazon known. They claim the company has put the small Ma & Pa store out of business, they’re against tax credits and state support that Amazon would receive. Therefore the thousands of high paying jobs will not be in New York State. They’re going to Nashville, Tennessee.

The details of the deal held a lot of promise for local area residents since New York State Jobs Plus Training was an integral part of the plan. In addition to the jobs created the taxable income that this would generate would be large addition to our states taxable income.

But critics were complaining that New York State had given too much in exchange for the HQ2 designation. Other states were willing to contribute 3 times over the amount of incentives New York State offered.

I read the entire plan as presented and I was impressed with what it would do not just for New York City but for the entire region. We’re talking thousands of jobs.

The agreement called for certain milestones reached by Amazon or they’d have to pay the state back or in fancy terms,  “Claw Back” provisions. If they didn’t meet goals there would be a cost to Amazon. But no one wanted to hear this.

The critics were raging against Amazon for doing what Sears accomplished over 100 years ago, Sears failure to innovate, created their steroid infused cousin, Amazon. Target is nothing more than a clean inviting Kmart. The combined entity has filed for bankruptcy protection and may be entirely liquidated ending the life of a 100 year retail icon.

Amazon is Sears of 100 years ago. A company that responded to the changing needs of an expanding nation. Amazon has simply beat Sears at their own game just as Target has turned Kmart into an entire chain of Blue Light Specials…..they’re almost gone.

New York State has just adopted the Free Tuition Program that requires participants to work in New York State; as part of its mission, to keep New York graduates in New York. The program was a great fit for Amazon since New York State will be in a position to ensure that there’s a steady supply of college graduates to fill the over 20,000 jobs forecast once the entire plan is implemented.

However, petty New York State politics has cost the state an economic engine that would have attracted other companies to the state, that work with Amazon . And perhaps, they didn’t want to be in New York City. But when we develop high-speed rail the entire state is connected to Amazon or any other major player in the state. The development could have spread up the NYS Thruway.

There are people cheering tonight at the demise of this deal. I hope they’re proud of themselves. And the next thing out of their mouths will be some socialist scheme to create jobs by the ten’s.

We need hundreds of jobs and the Amazon deal would have put us back on the map as the Empire State. But instead, we’ll be known as a state where people used to live, an afterthought, like the bankrupt retailer, Sears: Where America Used to Shop.