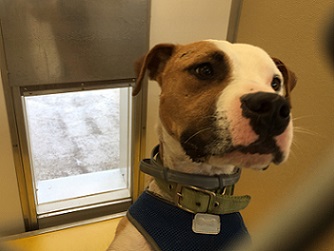 County Executive Mahoney said, “Anheuser-Busch is a true community partner and we greatly appreciate their generosity and recognition of how important the Second Chance Shelter is to our community.”

Said Board President Kim Smith-Ford, “The Friends of Second Chance is incredibly grateful to Anheuser-Busch for this donation. We appreciate them stepping up as a corporate friend and look forward to saving many more dogs thanks to their donation.” 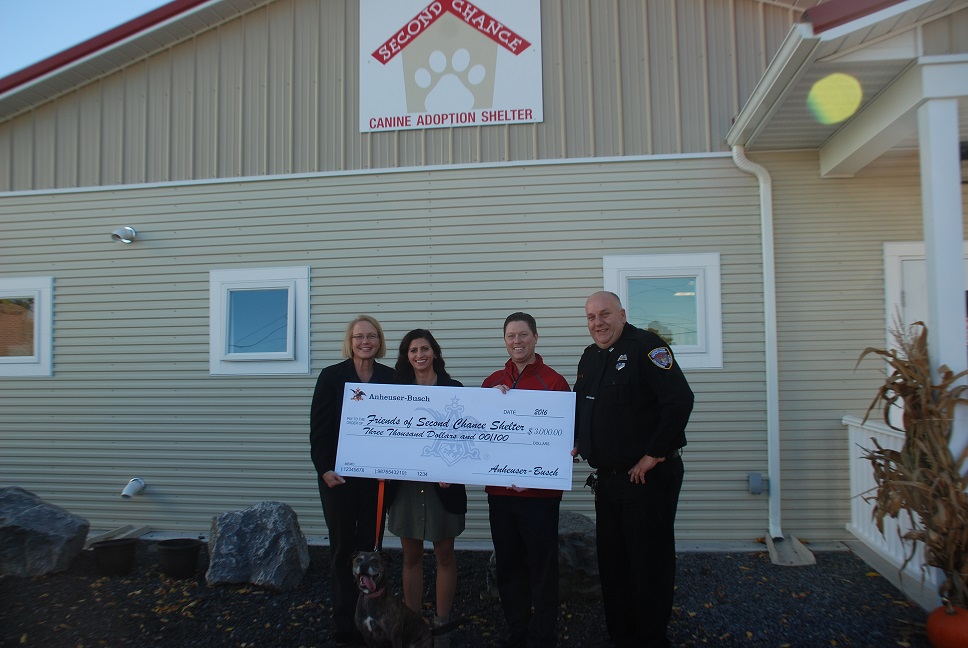 “We proudly support local organizations that our employees and community partners care about, such as Second Chance. Bringing people together, brewing great beers and having a local impact is what we focus on here and across the state of New York, “said Bryan Sullivan, general manager of Anheuser-Busch’s Baldwinsville brewery.

Founded in 2015 and housed at the Onondaga County Department of Corrections in Jamesville, NY, the Second Chance Canine Adoption Shelter is run entirely by volunteers at the direction of the Board of Directors in partnership with the department of Corrections. Select inmates are chosen to participate and become responsible for following detailed plans for each dog that including feeding, caring and training schedules. Second Chance Canine Adoption Shelter has already adopted dozens of dogs to their “furever” homes and is open to the public every Saturday and Sunday from 10AM – 2PM. They can also be found online at http://www.jamesvillesecondchance.com/ and on Facebook at https://www.facebook.com/secondchanceatjamesville/