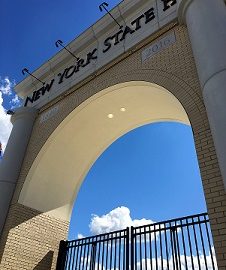 121,203 Enjoy Revitalized Fairgrounds as Record Falls for Second Time in a Week

Attendance at the Great New York State Fair on Saturday broke yet another daily record, as 121,203 people attended the Great New York State Fair on Saturday, breaking the daily record by just 39 people.  It’s the third daily record to be set during the 2017 Fair, including the new record for the most people ever to attend on a single day, 123,206, last Sunday. At 962,596 people, attendance at this year’s Fair is within striking distance of last year’s all-time total attendance record of 1.12 million, though the Fair is one day longer this year.

Of the 70 days with attendance of more than 100,000 since World War II, 29 have occurred on the second Saturday of the Fair, the largest number for any single day.  It is the only day of the Fair to have an average attendance above 100,000.

Acting Fair Director Troy Waffner said, “We have worked hard to make the 2017 Great New York State Fair the best Fair yet with the final pieces of the Governor’s Phase 1 projects completed and the addition of dozens of new events and exciting programming. It’s exciting to see fairgoers respond to these changes in record numbers, not once but twice this week.” 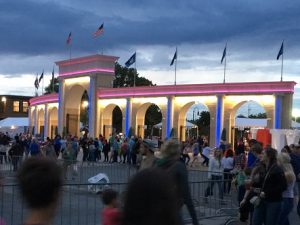 Onondaga County Executive Joanie Mahoney said, “The State Fair is proving once again to be a major tourism attraction for the Central New York region, drawing a record number of people for the second time this week.  The Governor’s investment in the Fairgrounds has resulted in meaningful improvements, increased programming and, clearly, an overall better Fair experience for everyone.”

New York State Commissioner of Agriculture Richard A. Ball said, “The rising number of people is great for the Fair’s number one mission – the promotion of New York State agriculture.  The Governor’s investments are helping to grow this important sector of our economy.”

The final two days feature evening concerts on Sunday from the rap trio Migos and Monday from classic funk band Kool & The Gang.  Admission on Monday, which is Labor Day, is $1 and all rides on the Wade Shows Midway are $1. 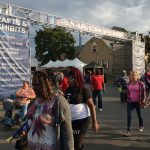 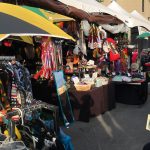 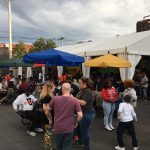 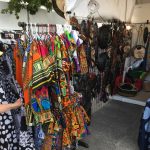 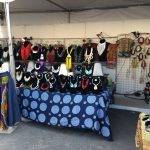 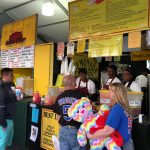 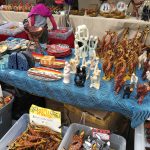 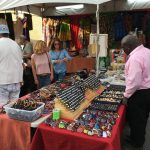 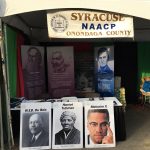 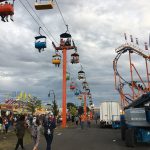 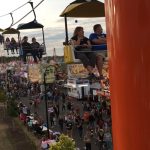 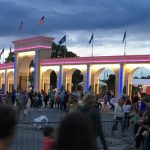