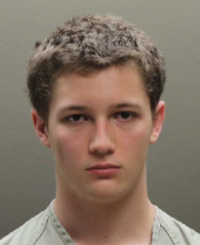 On Saturday, August 29th, 2020, at 10:00 p.m., the Syracuse University Department of Public Safety (DPS) responded to an on-campus residence hall regarding an assault complaint. The victim of the complaint, student Jacob Cohen (D.O.B. – 04/03/01) suffered a small laceration above his left eye subsequent to a physical altercation in the residence hall.

During the course of the investigation, DPS developed information suggesting that the physical altercation may have been the end-result of a verbal confrontation between Cohen and another male student, after that student had learned that Cohen had allegedly sexually assaulted two of his acquaintances, also students.

Notifications were made to the Syracuse Police Department Abused Persons Unit, and a joint investigation conducted by the Syracuse Police Department Abused Persons Unit, the DPS, and the Onondaga County District Attorney’s Office began immediately. Over the past several months, numerous people have been interviewed and physical evidence has been collected and analyzed. As a result of those efforts, Cohen was in fact identified as a suspect in the sexual assault of two students.

He will be extradited to Syracuse for future legal proceedings.