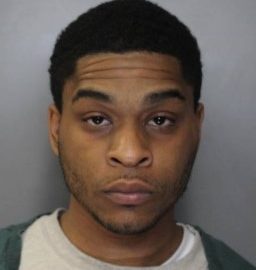 The Syracuse Police Department has made two arrests after an armed robbery. On Saturday, September 29, 2018 at about 7:42 P.M, the Syracuse Police Department responded to the area of S. Geddes St. and Grand Ave. for a call of an armed robbery. The investigation revealed that the suspect had displayed a handgun to steal property from the victim before fleeing in a black four door Saturn. Officers observed a vehicle matching that description a short time later; however the driver refused to stop. The driver then fled the vehicle on Avery Ave. at Driscoll Ave. Believing the suspect, James Dunn was armed, and entered 210 Morton Ave., the Syracuse Police Department Emergency Response Team was called in for precautionary measures. Dunn was subsequently taken into custody. 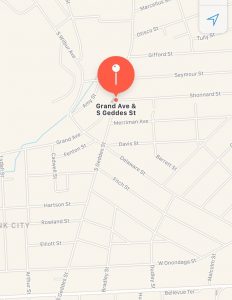 Dunn, 25 years of age, of 210 Morton Ave., was lodged in the Onondaga County Justice Center on the charges of Robbery 1st, Criminal Possession of a Weapon 3rd, and Unlawful Fleeing a Police Officer 3rd.

Dunn’s mother, Rhonda Dunn, 56 years of age, also of 210 Morton Ave. was Tampering with Physical Evidence. She was release with an appearance ticket. There is no photograph available for her.

All arrested are presumed innocent until proven guilty in a court of law. The aforementioned are real-time crime reports provided by the Syracuse Police Department.