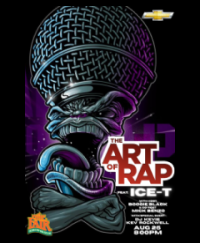 Art of Rap Featuring Ice-T and co-founder Mick Benzo is the first concert to be announced for the 2022 Great New York State Fair. Rap pioneer and actor Ice-T will bring Host Boogie Black and DJ Kevie Kev Rockwell with Co-Host by Mick Benzo to the show, scheduled for 8 p.m. Thursday, August 25 at the Chevy Park stage in the New York Experience festival grounds as part of the Chevrolet Music Series. All concerts are free with Fair admission. Concerts at the Fair are sponsored by Chevrolet.

Troy Waffner, Fair Director, said, “Ice-T is a historic rap musician and Art of Rap Featuring Ice-T and co-founder Mick Benzo is a great way to kick off our announcements for the Fair’s concert schedule. Fair fans can be assured we’re working harder than ever to secure the best and most diverse lineup in our long history.” 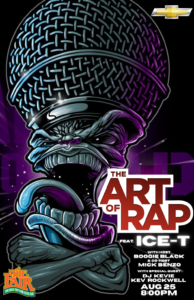 The Fair also announced that evening concerts at Chevy Court, the longtime home of music at the Fair, will move to 6 p.m. to allow time for people who want to see the evening concerts on both stages. The 2020 Fair concert season produced five concerts that landed in the Fair’s all-time top 20 largest crowds, with two of them (AJR, third; and Nelly, sixth) in the top 10. Inclusiveness remained a hallmark of the schedule at the main stages, with two Spanish-language shows and diverse styles of music, including a polka orchestra and comedy.

Founded in 1841, the Great New York State Fair showcases the best of New York agriculture, provides top-quality entertainment and is a key piece of the state’s CNY Rising strategy of growing the Central New York economy through tourism. The 2022 Fair runs from August 24 to September 5.