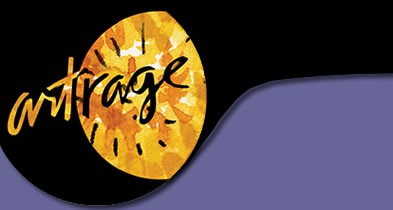 In the chaos of 1945, as Allied forces sweep across Germany, 14-year-old Lore is ordered by her Nazi parents to take her four younger siblings to safety at their grandmother’s home on the northern sea, more than 500 miles away, since the parents must try to avoid capture & arrest. A harrowing journey with many lessons. Oscar-nominated.

Wednesday, March 5, 2014    7pm    Free to the Public
WE STEAL SECRETS: The Story of WikiLeaks (2013) (130 min)
Directed by Alex Gibney – A WHISTLEBLOWER EVENT
The title of this documentary contains what sounds like a cheeky ad slogan for the embattled organization WikiLeaks. In fact, the phrase “we steal secrets” is spoken by General Michael V. Hayden, a former director of the National Security Agency and the Central Intelligence Agency, when he is explaining how government activities that involve secrets in turn require secrecy. Drawing on the testimony of more than 20 witnesses, the film creates an astonishing picture of the complex new world of internet communications, intelligence and the ever-expanding web of post-cold war secrecy.

Saturday, March 8, 2014    7pm Film Screening & 5:30pm SPECIAL PRE-SCREENING EVENT  IT WAS RAPE (2013) (60min)
In commemoration of International Women’s Day, ArtRage Gallery and the Matilda Joslyn Gage Foundation are pleased to bring activist, author and filmmaker, Jennifer Baumgardner to Syracuse to present her 2013 film; It Was Rape. An intensely important documentary that explores sexual violence through the experiences of eight survivors. About the Film: Rape is wrong, illegal, reprehensible—and yet still tragically common. In this film, eight women tell their diverse personal stories of sexual assault, from a Midwestern teenager trying alcohol for the first time to a Native American woman gradually coming to terms with her abusive childhood. Gripping and emotional, this film is an opportunity to empathize with people—not just absorb faceless statistics—and to puncture the silence and denial that allow sexual assault to thrive. Ultimately, these stories shed light on how this epidemic affects us all. Jennifer was an editor at Ms. magazine from 1993-1997. PURCHASE TICKETS at artragegallery.org or at the gallery W, Th, F 2-7pm & Sat. 12-4. Film Only: $10 ~ Special Event: $20 (Note**SPECIAL EVENT Tickets include the film screening.) Presented with funding from the IDEAS Collaborative.

Monday, March 10, 2014    6:30pm   Doors Open at 6pm   Free to the Public
A COMMUNITY CONCERN (2011) )75min) A “WHAT IF FILM…”
Across the United States, graduation rates in most urban districts still remain between 50 and 60 percent. A Community Concern is a documentary about people who refuse to accept the system’s failures, and are working for change. Their spirit, passion and commitment shows that when organizers, parents, youth and educators work together, they are successful. It brings together stories of people facing different challenges, but share similar goals. Our prime audiences are educators, youth, organizers, parents and community members concerned with the state of education.

Tuesday, March 11, 2014    7pm    Free to the Public
KNOWLEDGE OR CERTAINTY (1973) (50min)
In 1973 the BBC broadcast an 11-part documentary on cultural evolution written and hosted by Polish-born mathematician and poet Jacob Bronowski. Its title, The Ascent of Man, played on the title of Darwin’s 1871 book on natural evolution. In this episode, Bronowski suggests that toleration of uncertainty is necessary in pursuing knowledge. He argues that insisting on certainty is what allowed for the Holocaust and other genocides. The series was released on DVD in 2007.

Wednesday, March 12, 2014    7pm    Free to the Public
THE INSIDER (1999) (157 min) A WHISTLEBLOWER EVENT
Directed by Michael Mann with Russell Crowe, Al Pacino and Christopher Plummer.
Jeffrey Wigand was a central witness in the lawsuits filed by Mississippi and 49 other states against the tobacco industry which were eventually settled for $246 billion. Wigand, former head of research for Brown & Williamson, was a top scientist, the ultimate insider. No one like him had ever gone public before. Wigand would find himself sued, targeted in a national smear campaign, divorced and facing possible incarceration. In 2006, Premiere ranked Crowe’s performance #23 of the 100 Greatest Performances of All Time.

Thursday, March 13, 2014    4-7pm    Free to the Public by RESERVATION ONLY!
CREATING A WORLD WITHOUT GENOCIDE: A Workshop for Educators with Dr. Mary Johnson
As a continuation of the season long ArtRageous Engagement series, this workshop is open to all educators as well as anyone in the community interested in learning techniques to teach about genocide. In conjunction with the ArtRage Gallery exhibition; Normal: How the Nazis Normalized the Unspeakable. Free to attend. Registration is encouraged. Refreshments/light supper will be served. Dr. Mary Johnson has conducted seminars and workshops related to the Holocaust and modern genocide and is Senior Historian at Facing History and Ourselves. In partnership with the Regional Holocaust and Genocide Initiative at Syracuse University’s Department of Education. Funded in part through the CNY Community Foundation.

Tuesday, March 18, 2014    7pm    Free to the Public
HANNAH ARENDT (2012) (113min) Directed by Margarethe von Trotta
In 1960 Israeli agents arrested fugitive SS war criminal Adolf Eichmann in Argentina & took him to Jerusalem for trial & execution. Political theorist Hannah Arendt covered his trial for The New Yorker in articles then published as the controversial book Eichmann in Jerusalem (1963). Released here in 2013 to sharply divided opinion, the film made New York Times film critic A.O. Scott’s top ten list. Be sure to re-read your copy of the book first.

Wednesday, March 19, 2014    6:30pm   Doors Open at 6pm   Free to the Public
A COMMUNITY CONCERN (2011) )75min) A “WHAT IF FILM…”
Across the United States, graduation rates in most urban districts still remain between 50 and 60 percent. A Community Concern is a documentary about people who refuse to accept the system’s failures, and are working for change. Their spirit, passion and commitment shows that when organizers, parents, youth and educators work together, they are successful. It brings together stories of people facing different challenges, but share similar goals. Our prime audiences are educators, youth, organizers, parents and community members concerned with the state of education.

Th3 Thursday, March 20, 2014    7pm    Free to the Public
Gallery Talk: Dan Lenchner & Nancy Keefe Rhodes
Dan, a New York City-based photographer and collector, and Nancy, NORMAL’s curator, began talking about a collaboration here at ArtRage a year and a half ago. Nancy visited Dan in NYC last spring and he has since made two trips to Syracuse. A project like this best develops when there is time to look, consider, follow leads, look again & answer questions as they arise. Dan and Nancy look forward to talking about this collection & its enduring importance for us now, vernacular photos, how far photos take us toward “truth” (not all the way), & whatever responses you have to this show.

Tuesday, March 25, 2014    7pm    Free to the Public
The American Whistleblower Tour: Conversation with Michael Winston
In collaboration with Syracuse University and the Government Accountaibilty Project (GAP), Michael Winston will speak at ArtRage in a moderated session that discusses his role as a whistleblower. Michael Winston was a high level executive at Countrywide Financial, the lending giant taken over by Bank of America in 2008 during the mortgage crisis. When Moody’s Investors Services expressed concern about Countrywide’s succession planning and other governance issues, Mr. Winston was asked by Countrywide’s president to present a report detailing the organization’s extensive succession plans to allay Moody’s concerns. He refused to comply with this request because he knew of no such plan. Soon afterward his budget was frozen and his duties severely curtailed. When Bank of America took over Countrywide in January 2007, he was fired.

EXHIBITION CLOSES! Saturday, March 29, 2014  12-4pm    Free to the Public
NORMAL: How the Nazis Normalized the Unspeakable. Vernacular Photographs From the Collection of Dan Lenchner. Curated by Nancy Keefe Rhodes.
It’s your last chance to see Dan Lenchner’s collection of photos of Third Reich! They are both strange and somehow familiar, these snapshots:Nazi officers at family picnics, weddings and christenings, relaxing off-duty and courting their sweet-hearts, along with mischievous boys at Hitler Youth summer camps, smiling nurses, teen-age girls practicing their goose-step, nuns posing with former students in uniform. Here are the threads in the fabric of a nation given over to war, close to 70 years ago. Still we struggle with what to make of their deeds, which lie so outside the frame. Lenchner, a photographer himself, is acutely attuned to this quality about the truth of any image.  His book quotes Hannah Arendt’s Eichmann in Jerusalem, that the “trouble with Eichmann was precisely that so many were like him…terribly and terrifyingly normal.”