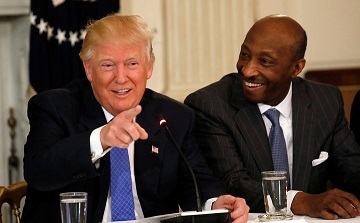 WASHINGTON ― A CEO serving on President Donald Trump’s council on manufacturing announced his resignation early Monday from the White House panel, in protest of Trump’s continued silence on the white nationalist groups who incited Saturday’s deadly violence in Charlottesville, Virginia.

Ken Frazier, the head of Merck pharmaceuticals, said in a statement he was stepping down “as a matter of personal conscience” and “to take a stand against intolerance and extremism.”