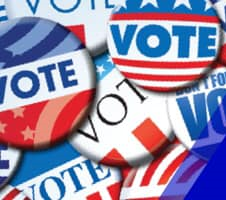 Seven Months After Capitol Insurrection, American Democracy Stands at a Crossroads, as Senate Stalls Action on “For the People Act”

Syracuse, NY- Central New Yorkers will hold a “Democracy Can’t Wait” rally on Tuesday, August 10, at 12 p.m  in the plaza outside the James M. Hanley Federal Building in downtown Syracuse. Seven months after the Capitol insurrection, with state legislatures across the country passing voter suppression legislation and gerrymandering districts, the U.S Senate is stalling action on legislation that would preserve the right to vote, ensure non-partisan redistricting and publicly finance elections – the For the People Act. Organizers of the event are demanding that Senate Majority Leader Schumer and the U.S. Senate pass the For the People Act fully intact with public financing reform before the August recess.

By August 16, the U.S. Census Bureau must release final census data, allowing states to begin drawing new maps for state and federal districts. If passed before the deadline, the For the People Act will ensure fair districting, ban partisan gerrymandering, and ensure our communities can thrive for the next 10 years and beyond. The stakes have never been higher.

Responding to record voter turnout, forty-three states are considering new restrictions on voting, many reminiscent of the Jim Crow era. Georgia even made it illegal to offer food or water to people in line to vote. The For the People Act would substantially strengthen our democracy by reversing these rules and protecting the freedom to vote, particularly for Black and brown people who are, and always have been, the primary targets of deliberate barriers to vote. The legislation would also limit the influence of corporations and wealthy donors in electoral politics and amplify the voices of everyday people through a public financing system for elections.

Who: Democracy-loving central New Yorkers concerned about the American slide to facism