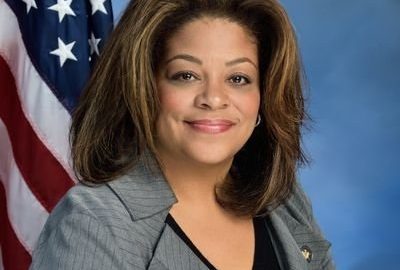 Assemblymember Pamela Hunter (D-Syracuse) and Senator Jackson (D-Manhattan) were joined by advocates and other legislators to call for an end to qualified immunity through legislation that will create a civil cause of action for the deprivation of rights (A.4331/S.1991). The legislation allows for civil suits for violated rights that are protected under the New York Constitution and United States Constitution.

“For far too long, qualified immunity has allowed government officials who clearly violate civil rights to go without consequence,” said Assembly Member Hunter. “We have seen far too many cases where an official clearly violated constitutionally protected rights and victims were left without recourse.”

Senator Jackson said, “Accountability is what we need, as a state and as a community. There are hundreds of families across New York who have been seeking justice urgently through civil action for the deprivation of the rights of their loved ones in our state. A year after the police murder of George Floyd, we continue to see these families denied that justice because of qualified immunity, and this must stop. We will continue pushing to make sure this bill passes. The desire for change is strong and our bill is gaining traction, and we see the momentum building every day. Ending qualified immunity is the only way to hold officers accountable for their brutality in our current justice system.”

Under qualified immunity, government officials performing discretionary functions are immune from civil suits unless the plaintiff shows that the official violated, “clearly established statutory or constitutional rights of which a reasonable person would have known.” In practice, there must be a precedent case with a nearly identical fact pattern for the violated right to be established and the case to proceed.

Legislators were joined by advocates for the bill that were directly impacted by the lack of accountability under qualified immunity. Gertha Depas recounted the death of her son, Edson Thevenin, who was killed by a Troy police officer in 2016. Advocates Gahrey Ovalle and Warren Ovalle also shared accounts of abuse and the lack of recourse they faced because of qualified immunity doctrine.

Assembly Member Hunter and Senator Jackson have made the bill a top priority for the end of session. With the anniversary of George Floyd’s murder on May 25th, they hope for renewed attention to criminal justice reforms while the legislature is still in session.