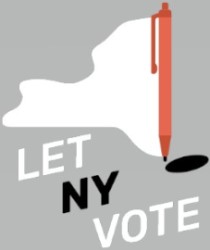 In February, Governor Cuomo announced an historic 30-day amendment to his proposed budget that will provide approximately $7 million to New York counties to offer early voting. The Assembly recently also included $7 million in their Assembly One House Budget. The final version of the state budget will be voted on next week.

Early voting would allow eligible voters to cast ballots in person days, sometimes weeks, before an election. 37 states already have some form of early voting, leaving New York as one of only 13 states without any means to vote early except via (for cause) absentee ballot.

A Siena Poll released in February shows that 67% of New Yorkers, including 60% of Upstate New Yorkers, 48% of Republicans, and 65% of suburban New Yorkers, support early voting. This percentage is up two points from January. 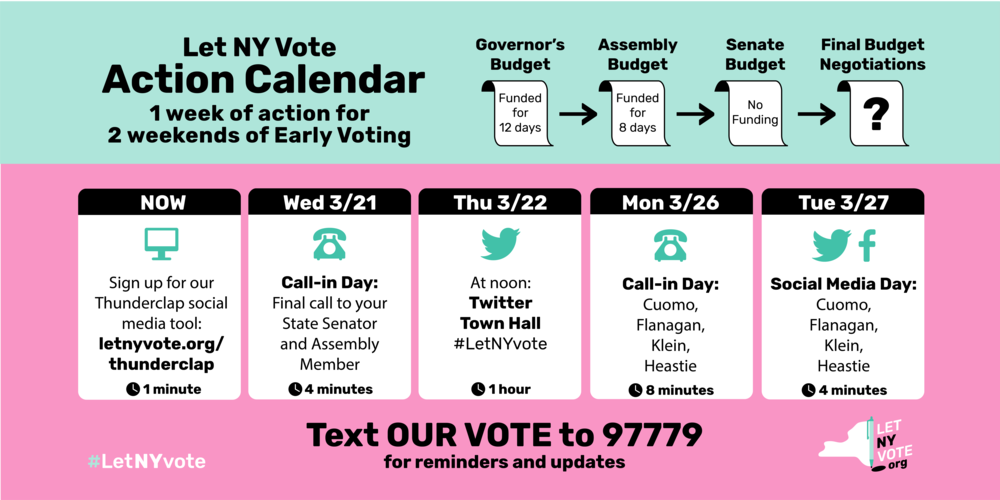 This year, Let NY Vote, formerly known as Easy Elections NY, formed as a statewide coalition of organizations & grassroots groups fighting to modernize New York’s elections. The goal is to pass simple solutions in 2018 to improve our elections and remove barriers to registering and voting for all eligible New Yorkers.