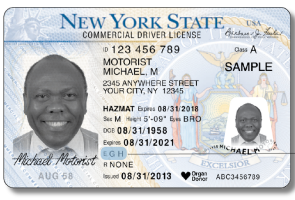 Assemblymember Pamela J. Hunter (D-Syracuse) announced that a bill she authored to prohibit driver’s license suspensions due to unpaid fees or fines or failure to appear in court passed the Assembly (A.7463-B).

“As the representative of one of the most impoverished communities of color in the country, I am proud to sponsor this legislation in the Assembly. Criminalizing poverty through license suspension further destabilizes vulnerable New Yorkers and undermines their ability to pay. Eliminating debt based license suspensions and implementing a payment plan will help New Yorkers during this difficult time while also generating more revenue for the state through these income based plans.”

Assemblymember Hunter’s bill would end the practice of suspending an individual’s driver’s license due to unpaid fees or fines or failure to appear in court. Additionally, this measure would provide for additional notification to those who need to make an appearance in court as well as require income-based payment plans to be available for fines, fees and surcharges incurred due to a traffic violation.

Hunter has been a strong advocate of this legislation. She previously co-hosted a press conference on this community concern and in the midst of the COVID-19 emergency she wrote a letter to the governor urging him to issue an Executive Order to suspend the enforcement of such unpaid traffic fines. 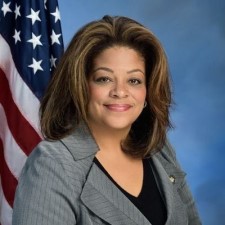 “Without their driver’s license, many New Yorkers are unable to go to work, pick up groceries or receive the medical treatment they need, and revoking this resource is especially dangerous during a pandemic,” Hunter said. “My bill will help ensure that we’re not putting an undue burden on those who are already facing financial hardships during this public health crisis.”

“At this time of global pandemic, New Yorkers need driver’s licenses so they can safely travel to work and care for their families. Yet our current suspension laws prevent low-income people—especially people of color—from accessing this critical tool for economic mobility and survival,” said Claudia Wilner, Director of Litigation and Advocacy at the National Center for Law and Economic Justice. “We cheer the passage of the Driver’s License Suspension Reform Act, and we urge Governor Cuomo to sign the legislation as soon as possible.”

“We applaud Assembly Member Hunter for her leadership and the Assembly for passing the Driver’s License Suspension Reform Act and taking a major step forward to end the cruel and counterproductive criminalization of poverty,” said Ranit Patel, Equal Justice Works Fellow sponsored by the Venture Justice Fund at The Bronx Defenders. “Suspending driver’s licenses due to Traffic Debt needlessly brings thousands of people into the criminal legal system every year and exacerbates and perpetuates racial disparities in the system.  In the midst of a devastating economic crisis, low-income New Yorkers should not have to choose between their health and livelihood on the one hand and a criminal charge, more fines and fees, and even jail time, on the other, all because they could not afford to pay their traffic fines.  The Assembly’s vote today brings us one step closer to relieving hundreds of thousands of New Yorkers of this impossible choice.”