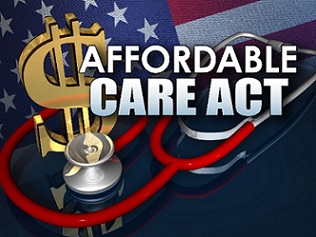 New York— New York Attorney General Letitia James on Thursday March 28th announced a historic win in a comprehensive lawsuit led by New York and joined by a coalition of 10 states and the District of Columbia challenging the Department of Labor’s Association Health Plan (AHP) Rule, which expands the criteria for forming AHPs in order to evade consumer protections and sabotage the Affordable Care Act (ACA). The decision from the United States District Court for the District of Columbia states that the rule is “clearly an end-run around the ACA” and “creates absurd results.” Attorney General Letitia James released the following statement:

“Today’s ruling is a win for the New Yorkers and Americans who seek access to quality, affordable healthcare in this country. We are pleased that the District Court saw past the Trump Administration’s transparent effort to sabotage our healthcare system, and gut these critical consumer protections in the service of its own partisan agenda. This victory will help ensure better health care for millions nationwide.”

In July 2018, the New York State Attorney General’s Office filed a lawsuit to block efforts by the Trump Administration to dismantle the ACA using the AHP Rule, which would undo critical federal consumer protections and unduly expand access to AHPs without sufficient justification or consideration of the consequences.

The lawsuit alleged that the Department of Labor violated the Administrative Procedure Act when it promulgated the AHP rule, and argued that the rule violates both the ACA and the Employee Retirement Income Security Act (ERISA). It argues that the rule unlawfully reverses decades of agency and judicial interpretation of ERISA’s key terms, with the primary purpose of undermining the ACA and without accounting for increased risk of fraud and harm to consumers based on a longstanding history of such conduct by similar plans.

President Trump himself cited the sabotage of the ACA as the clear purpose of the AHP Rule, proclaiming that it was a “truly historic step in our efforts to rescue Americans from Obamacare and the Obamacare nightmare” and would “escape some of Obamacare’s most burdensome mandates.”

In addition to New York, the lawsuit was filed with the Attorneys General of Massachusetts, District of Columbia, California, Delaware, Kentucky, Maryland, New Jersey, Oregon, Pennsylvania, Virginia, and Washington.