New York – New York Attorney General Letitia James today announced that her office will continue oversight of Syracuse-based property owner, Green National, for failing to fully comply with all the requirements of an agreement with the Office of the Attorney General (OAG). Since Green National entered into the agreement two months ago, it has corrected many housing violations at all its properties within the 60-day compliance period. These corrected violations include broken door locks, infestations, unsanitary conditions, and more. However, there are still a number of serious violations that remain uncorrected at properties owned by Green National — including an out-of-service elevator at the James Apartments and inadequate security at the Skyline Apartments. As a result, OAG will continue to retain Green National’s $250,000 penalty in escrow and install an independent monitor for a year until these issues are resolved. 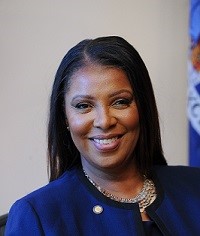 “For years, Green National grossly neglected its properties and put tenants in danger,” said Attorney General James. “Since our enforcement action began two months ago, Green National finally started to make repairs and address some of the hazardous and troubling issues that impacted its tenants. While some changes have been made, there are still serious issues that must be addressed. Green National is not off the hook, and we will continue our oversight until the remaining violations are resolved to ensure tenants have the dignified housing they deserve.”

As part of the agreement with OAG, Green National was required to correct many housing code violations, including: fixing broken doors, repairing broken elevators, responding to tenant repair requests in individual units, replacing and installing smoke detectors, addressing roach and mice infestations, and properly cleaning their buildings. The agreement also required Green National to comply with the city of Syracuse’s Nuisance Abatement Order, which required fulltime security at the Skyline Apartments.

Since the 60-day compliance period started in late February, Green National has made necessary repairs in individual tenant units in all of its properties.

However, serious issues remain at two specific properties, the Skyline and James Apartments. After neglecting the problem for years, last month, Green National finally engaged with contractors to replace the out-of-service elevator at the James Apartments and to install security cameras in the stairwells at the Skyline Apartments. Because the elevator replacement will be a long process, OAG required Green National to notify tenants of reasonable accommodations available to them — such as relocation to lower floors or to other buildings and assistance with groceries and moving — in compliance with the American Disabilities Act and the Fair Housing Act. Green National has complied and has issued these notices to all tenants. The OAG is working closely with tenant legal services organizations and fair housing groups to ensure tenants’ accommodation needs are met.

“The city of Syracuse welcomes Attorney General James’ enforcement assistance on Green National,” said Syracuse Mayor Ben Walsh. “The city will continue to use every authority it has to ensure the company meets its responsibilities to its residents and our community.”

“Green National’s continued violation of the law and failure to take care of their properties and maintain accessibility is simply unacceptable,” said Sally Santangelo, executive director, CNY Fair Housing. “CNY Fair Housing is grateful for the Attorney General’s continued efforts to hold them accountable for the way they treat their tenants.” 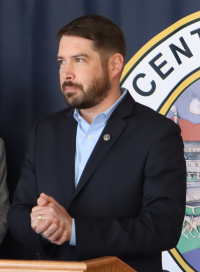 In February, Attorney General James announced an agreement with Green National requiring them to correct housing code violations in all their properties within a 60-day period. If Green National failed to comply with the terms of that agreement, OAG would withhold $250,000 as a penalty and install a monitor.

Green National owns and manages more than 1,000 apartments in buildings throughout the Syracuse area. The tenants in these buildings are mostly people who earn modest or fixed incomes, people with health challenges, people receiving aid from government programs, and the elderly. The OAG started its investigation into Green National in March 2021 in response to reports of rampant crime, unsafe conditions, and unabated code violations at some of their Syracuse area properties, including but not limited to the Skyline Apartments, the Vincent Apartments, and the James Apartments.

The agreement also required that, prior to the sale of any of its New York properties, Green National had to correct all open code violations or include in any contract of sale a provision that requires the new owners to fix outstanding code violations. Within 14 days of selling any of its properties, the company must notify OAG of the sale. Additionally, if Green National purchases any additional property in New York within the next five years it must notify OAG.