New York – New York Attorney General Letitia James today filed a lawsuit seeking to dissolve the National Rifle Association (NRA), the largest and most influential pro-gun organization in the nation. Attorney General James charges the organization with illegal conduct because of their diversion of millions of dollars away from the charitable mission of the organization for personal use by senior leadership, awarding contracts to the financial gain of close associates and family, and appearing to dole out lucrative no-show contracts to former employees in order to buy their silence and continued loyalty. The suit specifically charges the NRA as a whole, as well as Executive Vice-President Wayne LaPierre, former Treasurer and Chief Financial Officer (CFO) Wilson “Woody” Phillips, former Chief of Staff and the Executive Director of General Operations Joshua Powell, and Corporate Secretary and General Counsel John Frazer with failing to manage the NRA’s funds and failing to follow numerous state and federal laws, contributing to the loss of more than $64 million in just three years for the NRA. 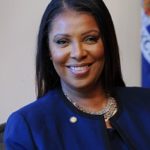 In the complaint, Attorney General James lays out dozens of examples where the four individual defendants failed to fulfill their fiduciary duty to the NRA and used millions upon millions from NRA reserves for personal use, including trips for them and their families to the Bahamas, private jets, expensive meals, and other private travel. In addition to shuttering the NRA’s doors, Attorney General James seeks to recoup millions in lost assets and to stop the four individual defendants from serving on the board of any not-for-profit charitable organization in the state of New York again.

“The NRA’s influence has been so powerful that the organization went unchecked for decades while top executives funneled millions into their own pockets,” said Attorney General James. “The NRA is fraught with fraud and abuse, which is why, today, we seek to dissolve the NRA, because no organization is above the law.”

Since 1871, the NRA has operated as a New York-registered 501(c)(4) not-for-profit, charitable corporation. Under state law not-for-profit, charitable corporations are required to register and file annual financial reports with the Charities Bureau in the Office of the Attorney General (OAG). The assets are required to be used in a way that serves the interests of NRA membership and that advance the organization’s charitable mission. However, as today’s complaint lays out, the NRA is alleged to have fostered a culture of noncompliance and disregard for internal controls that led to the waste and loss of millions in assets and contributed to the NRA reaching its current deteriorated financial state. The NRA’s internal policies were repeatedly not followed and were even blatantly ignored by senior leaders. Furthermore, the NRA board’s audit committee was negligent in its duty to ensure appropriate, competent, and judicious stewardship of assets by NRA leadership. Specifically, the committee failed to assure standard fiscal controls, failed to respond adequately to whistleblowers, affirmatively took steps to conceal the nature and scope of whistleblower concerns from external auditors, and failed to review potential conflicts of interest for employees. 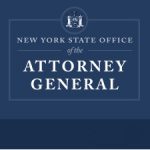 The lawsuit alleges that the four men instituted a culture of self-dealing, mismanagement, and negligent oversight at the NRA that was illegal, oppressive, and fraudulent. They overrode and evaded internal controls to allow themselves, their families, favored board members, employees, and vendors to benefit through reimbursed expenses, related party transactions, excess compensation, side deals, and waste of charitable assets without regard to the NRA’s best interests.

When board members challenged LaPierre and others over their financial governance and leadership of the NRA, LaPierre retaliated and turned the board against those who attempted to challenge the illegal behavior.

The complaint lays out numerous other instances in which LaPierre, Phillips, Powell, Frazer, and other executives and board members at the NRA abused their power and illegally diverted or facilitated the diversion of tens of millions of dollars from the NRA. These funds were in addition to millions of dollars the four individual defendants were already receiving in grossly excessive salaries and bonuses that were not in line with the best practices and prudent standards for evaluating and determining compensation. 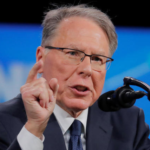 In his nearly three decades as executive vice-president, Wayne LaPierre ran the day-to-day operations of the NRA and exploited the organization for his and his family’s financial benefit, and the benefit of a close circle of NRA staff, board members, and vendors. Of note, LaPierre:

The complaint alleges that as executive vice-president, LaPierre handpicked individuals in senior staff positions at the NRA that have shown themselves to be loyal to LaPierre as an individual, rather than to the organization. Time and time again, LaPierre has shown that loyalty, more than competence and responsibility, is integral to his staffing picks, which led him to personally hire Phillips, Powell, and Frazer — some chosen despite failing to meet the necessary skills or experience for their respective roles and responsibilities.

Woody Phillips — the former treasurer and CFO, who was responsible for managing the books and financial operations of the NRA — engaged in practices that violated NRA policy, lied on financial disclosure forms, and set up a deal worth more than $1 million that benefitted his girlfriend. Just before his retirement in 2018, Phillips obtained a contract for himself worth $1.8 million, purportedly for monthly consulting services to the incoming treasurer, even though the current treasurer knew nothing about this contract and has confirmed that “Woody [Phillips] never consulted for me.” Phillips, having served in the capacity as the chief steward of the organization’s finances, also oversaw the financial practices that allowed millions of dollars in entertainment and travel expenses incurred by NRA executives to be fraudulently billed to the NRA as disbursements by the NRA’s largest vendor: Ackerman McQueen, an Oklahoma-based advertising and public relations firm. Furthermore, the complaint asserts that Phillips consistently eschewed his fiduciary duties time and time again, as evidenced by his failure to seriously respond to whistleblower complaints about alleged fiscal improprieties and his readiness to unilaterally authorize payments and contracts outside of the NRA adopted purchasing and contracting policies and procedures.

Joshua Powell, the chief of staff to LaPierre, was terminated after just 3.5 years for, among other things, misappropriating NRA funds during his tenure. Powell, who is known as a LaPierre loyalist, received sudden and substantial salary increases almost immediately after starting his position. Within a month, his salary was doubled retroactively to the beginning of his tenure with the NRA to $500,000. After less than a year, Powell’s salary increased to $650,000. A little over two years into the job, Powell’s salary more than tripled from the original $250,000 to $800,000, despite numerous complaints of abusive behavior and evidence of illegal conduct and inappropriate spending. Further, Powell abused the NRA’s policy on housing and relocation reimbursements, pocketing in excess of $100,000 more than NRA rules allowed.

Powell’s tenure was marked by nepotism. LaPierre, Phillips, and Powell also signed off on the hiring of fundraising consultant McKenna & Associates outside of the NRA’s contract process and without going through any approval process. The NRA paid the company more than $5 million over the course of five years. For all of 2018, Powell’s wife was hired as a consultant by McKenna & Associates, and her entire $30,000 monthly consulting fee was passed through the NRA. The hiring of Powell’s wife was hidden from the NRA’s general counsel, in an effort to not draw attention to and affirmatively hide the conflict of interest, and her role was not pre-approved by the NRA board, as the organization’s policy requires. Additionally, Powell requested an NRA vendor to add his father to a rotation of paid photographers, resulting in more than $90,000 in compensation for his father, an expense which was completely passed through to the NRA.

John Frazer was chosen by LaPierre to serve as general counsel and also served as corporate secretary at the NRA. Between 2014 and 2018, Frazer repeatedly failed to comply with board governance procedures, make necessary changes, or advise others that governance changes needed to be made; failed to ensure that financial transactions were being addressed by NRA officers and directors in accordance with law; failed to enforce compliance with the NRA’s conflict of interest policy; and failed to ensure that the NRA was in compliance with laws and policies governing whistleblowers. Additionally, Frazer repeatedly certified false or misleading annual statements.

A practice decades-old between LaPierre and Ackerman McQueen’s co-founder — that would continue until the two companies severed ties in 2019 — ensured that Ackerman McQueen would pay for a variety of non-contractual, out-of-pocket expenses for LaPierre and other NRA executives and pass those expenses through to the NRA. The NRA leadership regularly used this pass-through arrangement — where expenses would be paid for by the NRA without written approvals, receipts, or supporting business purpose documentation — to conceal private travel and other costs that were largely personal in nature. Ackerman McQueen would aggregate the expenses into a lump sum amount and provide no details on the nature or purpose of the expenses when billing the NRA for them. The invoices only typically included a one-line description that read “out-of-pocket expenses” and included an invoice total amount. The expenses billed to the NRA for out-of-pocket expenses did not comply with IRS requirements, and, as a result, all such expenses should have been included by the NRA in taxable personal income for LaPierre and other recipients.

Ackerman McQueen was paid more than $70 million in just 2017 and 2018 for “public relations and advertising” services and for “out-of-pocket expenditures” that really went to entertainment and travel incurred by NRA executives and associates without scrutiny from within the organization, including millions for private planes, luxury hotels, memberships to private clubs, special events, fancy meals, and even personal hair and makeup services for LaPierre’s wife. 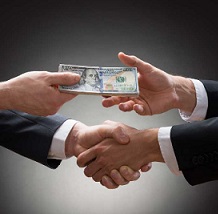 Under New York law, the NRA’s audit committee is responsible for overseeing the accounting and financial reporting processes of the organization and the audit of its financial statements, but the culture of noncompliance and disregard for the internal controls is evident within the audit committee. The committee failed to serve as an independent check on LaPierre, his senior staff, and the NRA as a whole, and basically served as a rubber stamp for the organization’s illicit behavior, when it did review finances.

Unsurprisingly, during numerous occasions, the audit committee failed to respond adequately to whistleblowers, failed to appropriately review and approve related-party transactions and conflicts of interest, and failed to adequately oversee external auditors. 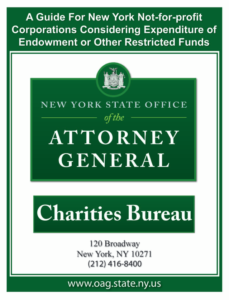 The failure of the NRA to comply with multiple fiduciary responsibilities and state and federal laws resulted in the NRA seeing substantial losses on its balance sheet: going from a surplus of $27,802,714 in 2015 to a net deficit of $36,276,779 in 2018 — contributing to a total loss of more than $64 million in just three years.

As a result of all the allegations mentioned above, Attorney General James seeks to dissolve the NRA; asks the court to order LaPierre, Phillips, Powell, and Frazer to make full restitution for funds they unlawfully profited and salaries earned while employees; pay penalties; recover illegal and unauthorized payments to the four individuals; remove LaPierre and Frazer from the NRA’s leadership (Phillips and Powell are no longer employed by the NRA); and ensure none of the four individual defendants can ever again serve on the board of a charity in New York.

Attorney General James began her inquiry into the NRA in February 2019.

The matter was led by Bureau Chief James Sheehan and Bureau Co-Chief of the Enforcement Section Emily Stern, with a team of attorneys, legal assistants, and accountants, including Assistant Attorney General and Special Counsel of the Litigation Bureau Monica Connell; Assistant Attorneys General William Wang, Sharon Sash, Jonathan Conley, Stephen Thompson, and Erica James — all of the Charities Bureau; with additional assistance from Chief Accountant Judith Welsh-Liebross, Associate Accountant Darren Beauchamp, and Associate Accountant Charles Aganu; in addition to numerous other individuals at the OAG. The Charities Bureau is part of the Division for Social Justice, which is supervised by Chief Deputy Attorney General Meghan Faux and First Deputy Attorney General Jennifer Levy.