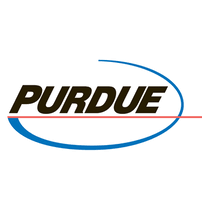 New York – New York Attorney General Letitia James today announced a resolution of her lawsuit against the Sackler family and their company, Purdue Pharma, for their role in fueling the opioid crisis. The agreement will, first and foremost, shut down Purdue Pharma and end the Sackler family’s ability to manufacture opioids ever again. The agreement will also deliver one of the largest payments that individuals and entities they control have paid to resolve a law enforcement action in U.S. history — more than $4.5 billion will be paid to fund prevention, treatment, and recovery programs in communities across the country. Additionally, the agreement will make public tens of millions of documents related to the company and the family’s roles in igniting the opioid crisis — requiring unprecedented disclosure about the role Purdue and the Sacklers played in hooking Americans on opioids.

“For nearly two years, since Purdue Pharma declared bankruptcy, the company and the Sackler family have used every delay tactic possible and misused the courts — all in an effort to shield their misconduct,” said Attorney General James. “While this deal is not perfect, we are delivering $4.5 billion into communities ravaged by opioids on an accelerated timetable and it gets one of the nation’s most harmful drug dealers out of the opioid business, once and for all. We’ll be able to more quickly invest these funds in prevention, education, and treatment programs, and put an end to the delays and legal maneuvering that could possibly continue for years and across multiple continents. While no amount of money will ever compensate for the thousands who lost their lives or became addicted to opioids across our state or provide solace to the countless families torn apart by this crisis, these funds will be used to prevent any future devastation.”

The resolution of the lawsuit — which was filed in bankruptcy court late last night and is subject to approval — requires the Sacklers to pay $4.325 billion over the next nine years, with New York state expected to receive at least $200 million, and possibly more, for abatement of the opioid epidemic. Thousands of individual victims of Purdue’s misconduct will also receive compensation as part of the bankruptcy process. Additionally, the resolution requires the Sacklers to relinquish control of family foundations — which will hold no less than $175 million in assets — to the trustees of a contemplated National Opioid Abatement Trust dedicated to abating the opioid crisis, thus increasing the total being delivered to communities nationwide to more than $4.5 billion. Further, the Sackler family will be prohibited from requesting or permitting any new naming rights in connection with charitable or similar donations or organizations for the next nine years.

Moreover, the resolution shines a spotlight on the activities of Purdue and the Sacklers by making public more than 30 million documents, including privileged communications about the original Food and Drug Administration (FDA) approval of OxyContin, as well as all documents relating to the manufacturing, sale, or marketing of opioids in the United States. Purdue will also waive its attorney-client privilege to reveal confidential communications with its lawyers about tactics used for pushing opioids, “pill mill” doctors and pharmacies diverting drugs, and about the billions of dollars Purdue paid out to the Sacklers. Specifically, Purdue will turn over for public disclosure the evidence from lawsuits and investigations of Purdue over the past 20 years, including deposition transcripts, deposition videos, and 13 million documents. Purdue will also be required to turn over more than 20 million additional documents, including every non-privileged email at Purdue that was sent or received by every member of the Sackler family who sat on the Board or worked at the company.

The cases against Mallinckrodt and Rochester Drug Cooperative are now in U.S. Bankruptcy Court. A settlement that ended Johnson & Johnson’s sale of opioids nationwide and delivered $230 million to New York alone was announced less than two weeks ago. The trial against all other defendants is currently underway.

Separately, earlier this year, in February, Attorney General James co-led a coalition of nearly every attorney general in the nation in delivering more than $573 million — more than $32 million of which was earmarked for New York state — toward opioid treatment and abatement in an agreement and consent judgment with McKinsey & Company.