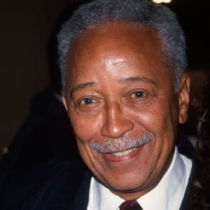 “The example Mayor David Dinkins set for all of us shines brighter than the most powerful lighthouse imaginable. For decades, Mayor Dinkins lead with compassion and an unparalleled commitment to our communities. His deliberative and graceful demeanor belied his burning passion for challenging the inequalities that plague our society.

“Personally, Mayor Dinkins’ example was an inspiration to me from my first run for city council to my campaigns for public advocate and attorney general. I was honored to have him hold the bible at my inaugurations because I, and others, stand on his shoulders.

“The voice that gave birth to the ‘gorgeous mosaic’ is now at rest. New York will mourn Mayor Dinkins and continue to be moved by his towering legacy.”