NYCharities.org Failed to Turn Over Hundreds of Thousands of Dollars
in Contributions to New York Charitable Organizations

“I will not allow greed to profit off of the generosity of New Yorkers without a fight,” said Attorney General Letitia James. “Leaving New York charitable donors uncertain if their donations will ever make it to their intended cause is unacceptable. My office is committed to maintaining the integrity of New York’s charitable sector and protecting those who contribute to it.” 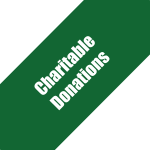 The lawsuit seeks a preliminary injunction freezing NYCharities.org’s bank accounts, an accounting of all funds collected on behalf of New York charities, and appointment of a receiver to oversee payment of those funds to the charities to which they belong. The Attorney General is also seeking to bar NYCharities.org permanently from conducting any activity in New York.