New York – New York Attorney General Letitia James continued her statewide ‘HealNY’ tour of New York state with a stop in Syracuse, where she announced that she will deliver up to $36.8 million to Central New York to combat the opioid epidemic. The funds come from different settlements Attorney General James has negotiated following her March 2019 lawsuit against the various manufacturers and distributors responsible for the opioid crisis. Attorney General James’ tour will make stops in dozens of New York counties throughout the month of October, with up to $1.5 billion in funds going to counties across New York state.

“For two decades, Central New York has been ravaged by the opioid crisis, but, today, we are finally beginning to heal New York by announcing that we will deliver up to $36.8 million to the region to prevent any further devastation,” said Attorney General James. “These funds will be crucial in turning the tide on the opioid crisis as we invest in critical prevention, treatment, and recovery programs. While no amount of money will ever make up for all that we have lost, we can take every action possible to prevent future loss.”

Attorney General James announces that she will deliver millions of dollars to the city of Syracuse, Onondaga County, and other counties in Central New York to help local residents recover from the opioid epidemic.

Last month, a settlement with Endo was announced that has already delivered $50 million to New York state and Nassau and Suffolk counties to combat the opioid crisis and remove the opioid manufacturer from New York’s ongoing opioid trial.

Also, last month, a settlement that secured more than $4.5 billion — at least $200 million of which will be earmarked for New York — from the Sackler family and foundations that they control, ends the Sacklers’ ability to manufacture opioids ever again, and will shut down Purdue Pharma was announced.

In July, a settlement with McKesson, Cardinal Health, and Amerisource Bergen that will deliver up to $1 billion to New York state to combat the opioid epidemic was announced.

In June, a settlement that ended Johnson & Johnson’s sale of opioids nationwide and that will deliver $230 million to New York alone was announced. The deals with Johnson & Johnson, McKesson, Cardinal Health, and Amerisource Bergen have a global value of approximately $26 billion.

The cases against Mallinckrodt and Rochester Drug Cooperative are now moving separately through U.S. Bankruptcy Court.

The trial against the two remaining defendants — Teva Pharmaceuticals USA and Allergan Finance — is currently underway and continues in state court.

Every region in the state will receive millions of dollars for prevention, treatment, and recovery programs to combat the opioid crisis.

The figures listed below represent the minimum and maximum amounts each county can receive from the settlements with Johnson & Johnson, McKesson, Cardinal Health, Amerisource Bergen, and Endo. The more localities across the state that agree to the terms of these different settlements, the more each locality is eligible to receive. The figures below do not include payments from Purdue Pharma or the Sackler family, as the regional split for those payments are still being finalized. Those funds, as well as any funds from future or ongoing litigation, would be in addition to what is listed below.

* In addition to sum total of counties, a regional share is also being allocated here.
** Not all funds going to the county. Also includes funds going directly to a major city within the county.

Local Elected Officials and Stakeholders Comment on the program

“We have experienced the dire toll of the opioid epidemic for far too long,” said State Senator Rachel May. “Whether it’s our friends, family, or neighbors, we all know someone who has been touched by loss and grief due to the irresponsible actions of opioid manufacturers and distributors. We should all be thrilled about this groundbreaking legal case that finally holds these parties responsible for their blatant disregard for the people of our community. I congratulate Attorney General James on this win, and thank her for ensuring the money from the settlement goes to the people and places that need it.”

“The opioid crisis is having devastating effects on our communities. Investing the settlement funds into services for those struggling with opioid addictions helps those most in need,” said State Assemblymember William Magnarelli. “Central New York is fortunate to have centers such as the Bill & Sandra Pomeroy Treatment Center at Crouse Center which has resources to help those suffering in this epidemic.” 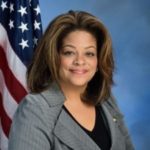 “I could not be more pleased with the continued efforts to bring accountability to drug companies that knowingly facilitated the onset of the opioid epidemic,” said State Assemblymember Pamela Hunter. “The devastation and loss that was brought upon many of our communities is almost beyond comprehension. The attorney general’s steadfast commitment to securing settlements will assist the state in combatting substance abuse and will prevent New York families from suffering as many did during the worst years of the epidemic.”

“Our community’s fight against the opioid epidemic continues to be a top priority. There is no doubt that the COVID-19 pandemic has further exacerbated this problem for many,” said Onondaga County Executive Ryan McMahon. “Holding the various manufacturers and distributors responsible for this crisis accountable is a critical piece to helping communities, like ours, across the state start to heal. Thank you to Attorney General James for her efforts and her partnership, and for delivering these critically needed resources to our community.”

“In the city of Syracuse, families and individuals are suffering every day with the consequences of opioid addiction,” said Syracuse Mayor Ben Walsh. “Because Syracuse is a hub for treatment for so many suffering people, our city is particularly vulnerable to the ravages of this crisis. All of us have lost loved ones to opioids, and we need solutions to the devastation it is causing. I made sure the city of Syracuse stood with other communities in going after the manufacturers and distributors responsible for the opioid crisis. I thank Attorney General James for playing a critical role in holding these companies accountable and for helping to achieve significant settlements. With the funds shared through the attorney general’s ‘HealNY’ initiative, we can get more resources to community partners who are saving lives on the front lines and working to put an end to this epidemic.”

“The opioid epidemic has touched nearly every life in Onondaga County in one way or another,” said Onondaga County Legislature Chairman David Knapp. “We are thankful to Attorney General James and will make sure every dollar awarded to Onondaga County is spent with targeted efficiency to combat the dire impact opioids have already had on our community, and to lessen the impact they will have in years to come.” 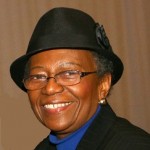 “The Onondaga County Legislature’s Democratic Caucus would like to thank New York Attorney General Letitia James for her work to provide funding to combat the opioid epidemic,” said Floor Leader Linda Ervin on behalf of the Democratic Caucus of the Onondaga County Legislature. “More than $7 million delivered to Onondaga County will fund important local initiatives. We’re glad that she recognizes while we fight the COVID-19 pandemic, we cannot forget the opioid epidemic which has ravaged many of our families.”

“Speaking for my step-daughter, Holland, and for so many families throughout New York state, we are so grateful for Attorney General James,” said Dennis Gregg, co-founder, HEAL Madison County and HEAL Onondaga County. “She has been a tireless and fierce advocate for all of us in her negotiations with all of the companies responsible for causing so much pain, suffering, and loss throughout the living hell that is the opioid epidemic. We are so appreciative of her efforts to create the lockbox for the opioid settlement fund and for the very important non-supplantation language. We will now finally have the resources available for prevention, treatment, harm reduction, and recovery! While we have been undermanned in our efforts to battle this epidemic, Attorney General James has helped us to at least have a fighting chance to move forward. In the last year and a half, we have lost significant ground and so many more lives. It is time to get to work and to turn the ship around!”

Separately, but related to her work on opioids, this past February, Attorney General James co-led a coalition of nearly every attorney general in the nation in delivering more than $573 million — more than $32 million of which was earmarked for New York state — toward opioid treatment and abatement in an agreement and consent judgment with McKinsey & Company.