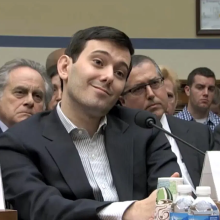 New York – New York Attorney General Letitia James yesterday afternoon won a motion in the case against Vyera Pharmaceuticals — previously known as Turing Pharmaceuticals — and two of its former CEOs — including convicted criminal Martin Shkreli — after Shkreli and his company tried to dismiss a lawsuit filed by Attorney General James, six other states, and the Federal Trade Commission (FTC).

“While much of the country continues to suffer from rising COVID-19 infections, Martin Shkreli and his company continue their unlawful scheme to gouge and hold captive essential, life-saving drugs from ill and vulnerable individuals,” said Attorney General James. “This order will not only ensure our case against Shkreli and his company continue, but that at-risk patients and victims of this fraud get their day in court. Our bipartisan coalition will stop Vyera’s egregious conduct, make the company pay for its illegal scheming, and block Martin Shkreli from ever working in the pharmaceutical industry again because we will never allow greedy pharmaceutical companies and CEOs to line their pockets at the expense of suffering patients.”

In January, Attorney General James and the FTC filed a lawsuit against Vyera, Shkreli, and his business partner, Kevin Mulleady, alleging that the three stifled competition — and continue to do so today — to protect the exorbitant, monopolistic pricing of the drug Daraprim (pyrimethamine). Daraprim is used to treat the parasitic disease toxoplasmosis, and despite Vyera being the only FDA-approved source of the medication until a generic was recently launch this past spring, Shkreli, Mulleady, and Vyera raised the price of the drug by more than 4,000 percent overnight, to $750 per pill, after they purchased the rights to Daraprim in August 2015. In April, the attorneys general of six additional states — California, Illinois, North Carolina, Ohio, Pennsylvania, and Virginia — joined Attorney General James and the FTC in the lawsuit. 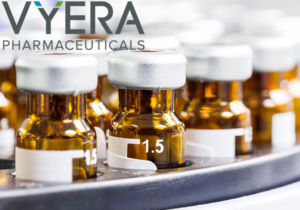 Vyera and the two individual defendants filed a motion to dismiss the lawsuit this past May, which the U.S. District Court for Southern District of New York rejected yesterday, stating, “the alleged scheme continues.”

Daraprim and its generic equivalents are the only Food and Drug Administration (FDA)-approved drugs for the treatment of toxoplasmosis, a parasitic disease which may pose serious and often life-threating consequences for those with compromised immune systems, including babies born to women infected with the disease and individuals with the Human Immunodeficiency Virus (HIV). Daraprim has been the gold standard for treatment of toxoplasmosis for decades — recommended by the Centers for Disease Control and Prevention, the National Institutes of Health, the HIV Medicine Association, and the Infectious Diseases Society of America as the initial therapy of choice for toxoplasmosis. Nevertheless — and despite being off-patent — there has never been a generic version of Daraprim sold in the United States.

Attorney General James and the coalition seek to enjoin Vyera’s conduct, as well as to obtain the return of unjust profits that would be distributed to the victims of the company’s illicit scheme. Additionally, Attorney General James and the FTC are leading the coalition in asking the court to issue an order banning both Shkreli — who is already serving a seven-year sentence in federal prison for securities fraud — and Mulleady from the pharmaceutical industry for life.