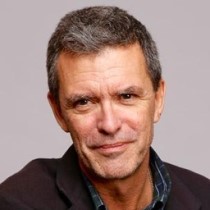 Le Moyne College has appointed Sean Kirst to serve as its inaugural journalist-in-residence in the Department of Communication and Film Studies beginning in fall 2021. This appointment will strengthen the College’s curricular and co-curricular journalism programs and advance Le Moyne’s Jesuit mission to provide students a liberal arts education that fosters leadership and engagement in local, regional, and global communities.

Renowned throughout Upstate New York and across the nation for a lifelong career in journalism, Kirst has created an enduring legacy by telling the stories of everyday people who withstand the depths and achieve the heights of human experience. Through his journalism and storytelling, Kirst captures the richness, diversity and complexity of Upstate New York and its urban and rural communities.

As journalist-in-residence, Kirst will teach courses that serve the Department of Communication and Film Studies and the College’s core curriculum, as well as facilitate journalism internships for students in a variety of majors. “My entire journalism career has been built around the wonder, revelation and communion of true stories,” said Kirst. “I’m grateful to Le Moyne for this extraordinary chance to work with students and learn from them in understanding how the quiet stories all around us, all too easy to never see or hear, are at the heart of any journey toward real community.” 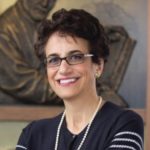 “We’re thrilled that Sean will be joining us at Le Moyne,” said President Linda LeMura. “Sean’s columns bring us deep into the heart of the human condition. Whether we finish reading one of his stories feeling sorrow for the losses we inevitably suffer or optimism for our ability to persevere, we are always more understanding of our capacity for greatness. And Sean understands the Le Moyne mission to educate students who achieve greatness by making the lives of others better.”

Kirst began his career in journalism in 1974 as a reporter for the Dunkirk Evening Observer. Among other outlets, he has written for the City Newspaper in Rochester, the Syracuse Post-Standard and most recently the Buffalo News, the paper he read while growing up. His book publications include The Soul of Central New York and Moonfixer: The Basketball Journey of Earl Lloyd.

“We look forward to the impact Sean will have on the practice and culture of journalism among Le Moyne students,” said Interim Provost and Vice President for Academic Affairs Jim Hannan. “Our students are passionate about making sense of a rapidly changing world, and telling stories that promote justice and the value of every human life aligns with their aspirations. We are confident that Sean will inspire our students to put their values into practice.”

In addition to his appointment at Le Moyne, Kirst will join Central Current as a regular contributor, writing a weekly column and providing commentary on issues of importance. Central Current is a startup nonprofit, nonpartisan news organization dedicated to bringing independent online news to Syracuse and Central New York. As a digital multimedia news organization, Central Current will employ the full capabilities of the internet to publish quality journalism on its website, social media and other digital platforms.  The launch of Central Current is planned for this coming fall.