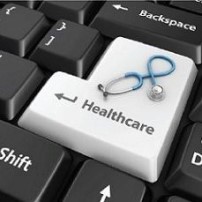 I was born in Crouse-Irving Memorial Hospital (now Crouse Health) and have had procedures performed at both facilities; the prospect of SUNY Upstate merging with Crouse Hospital is frightening. Not because of any slight against the institution, but merging these hospitals is like breeding a Golden Retriever with a Pitt Bull. They’re both very different institutions, with very different cultures for both patients and employees. And we haven’t gotten to the provision of care. 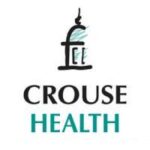 We’re told that larger is better; big pharmaceutical, big agriculture, big medical, big dental, the result is, “little me”.  That’s the way it ends with a little person, the individual. This is just another change, one of many coming at us, that we’re told is good for the community, but where’s the discussion? Where’s the debate about an action that will dramatically change healthcare for Central New York and its residents?

What will our political leaders say about this merger that removes choice from our portfolio of medical care? The branding “Take me to Crouse” meant something to a lot of people, now we’re supposed to forget about the apparent and not so apparent differences between the institutions? 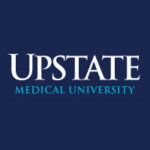 So, what. The merger creates Central New York’s largest employer. So, what. It allows this mega campus to form downtown to serve a region.  The differences between institutions are as plain as the menu you receive upon being admitted to the hospital. SUNY Community’s food was so bad, I wondered how can anyone ruin a hamburger?  However, they managed to perfect the art. Crouse Hospital had a menu with choices, much like a restaurant. There were items that I could no longer have, as they have heart health choices, and then all the good tasting stuff. At Couse Health I felt cared for, at SUNY Community I was nothing more than a number. I had to be readmitted due to an avoidable medicine reaction. The difference in post-surgical care were striking, as different as night and day.

So, we’re going to be down to very few choices when it comes down to our overall medical care. The institutions will thrive as they always do. The wealthy will escape to smaller regional facilities while the masses will have no choice, as our medical care becomes even more bureaucratic, more impersonal and less effective for the individual. The size of this healthcare behemoth is frightening as we’re being forced to swallow this bitter pill before anyone’s explored its side effects.