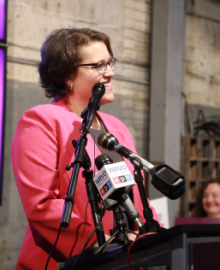 Building on the strength of her 2018 run, Balter kicks off campaign to take back the 24th

Balter was the 2018 Democratic Nominee for Congress, giving John Katko the toughest challenge he has ever faced. Balter made a 16 point gain over Katko’s 2016 victory, coming just 5 points shy, and making it the closest election of his career.  Earlier that year, Balter won a competitive primary by 25 points and went on to raise record sums – becoming the best-funded challenger in NY-24 history.

“I’m running for Congress to finish the job we started in 2018.”

“I’m running for Congress to finish the job we started in 2018. Central and western New York needs a fierce advocate in Congress to ensure everyone gets a fair shot. We will hold Congressman Katko accountable for siding with President Trump to pass a tax law that gives almost all the benefits to the wealthy and large corporations and saddles our children with trillions more in debt,” said Balter. “And despite John Katko’s assurances to the contrary, President Trump and Republicans are now using that debt to justify cutting Medicare, Medicaid and Social Security, and are going after the Affordable Care Act again, putting millions of people with preexisting conditions at risk. That’s simply unacceptable. We need a representative who will fight back against Trump, not enable him.” 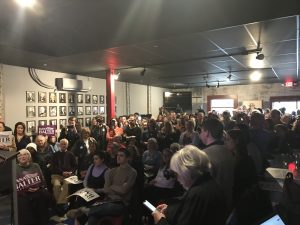 Balter has spent her life fighting for an inclusive, fair society and has worked toward that goal as an educator at a disability-focused nonprofit and at universities, as a community organizer, and as the founder of a civic engagement nonprofit. Balter moved to Syracuse in 2003 to pursue postgraduate studies at Syracuse University, and taught at the Maxwell School of Citizenship and Public Affairs. Currently, Balter heads a nonpartisan nonprofit working to build civic engagement so people know their voices matter and that they have the power to shape their communities.