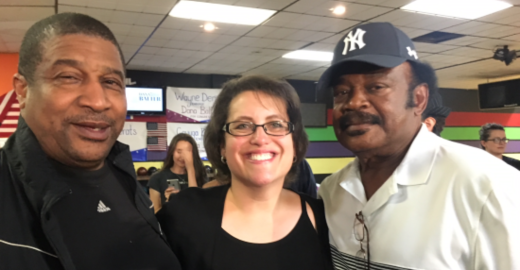 Dana Balter was well on her way to being awarded the Democratic Party’s nomination as the person to take on John Katko in November. However, something unexpected happened threatening to derail the attempt by Democrats to unseat the two-term incumbent.  Juanita Perez Williams, recent democratic candidate in the Syracuse Mayoral election, decided to enter the race forcing a primary. This action occurred within a week of appearing at a Dana Balter fundraiser and after passing petitions for the Balter campaign. Her late addition to the campaign was backed by the Democratic Congressional Campaign Committee. The DCCC move was interpreted as an attempt to ignore the choice of local Democratic Party committee members who had made their decision as independent committees’ to support Balter.

People were reportedly paid by the DCCC to gather signatures for the last minute Juanita Perez Williams petition drive, Democratic regulars were bombarded with mailings, the television airwaves were suddenly filled with slickly produced commercials. The candidate that once touted her experience in Syracuse City Hall as a reason to choose her over the opponents in the mayoral race now was re-branded as “Fighting Juanita” the former New York State Assistant Attorney General, pledging to fight Donald Trump and the President’s agenda.

Actions by the Democratic Congressional Campaign Committee were reminiscent of President Trump tossing paper towels at victims of Puerto Rico’s Hurricane. Digital Terabytes of commercials were airdropped into the district like tragedy soaking paper towels. Metaphorically, these paper towels soaked up the anger spilled by local democrats.  Local party and campaign leadership had to deal with this unforeseen situation, a forced last minute primary.  This was seen as meddling in local races by many democrats in the 4 county area comprising the 24th Congressional District. One campaign button that stood out in the Dana Balter Victory Party simply stated “Buy Local”. 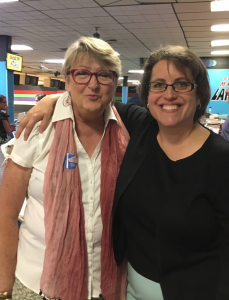 Balter clearly excited about the win, spent time chatting with those attending the celebration. Among the many familiar faces that descended on the campaign party held at Bowl Mor Lanes in East Syracuse were, Community Activist Walt Dixie, Board of Elections co-chair Dustin Czarny, Tricia Owen of Wayne County and many other supporters and well-wishers.

As the crowd began to clear, Balter reflects on the primary campaign and her message to voters as she says, “What we’ve been saying all along rings true with the people of the 24th district, voters are looking for a representative who is going to show up, who is going to listen to them and who’s going to stand up for them. That’s what we’ve been talking about in living rooms, and coffee houses and restaurants all across the district and i think this victory tonight shows that that’s really what people here want.”

During her initial campaign for the nomination Balter had marshaled a small army of supporters to engage voters in the requisite Campaign Petition process.  After gaining the support of various committees, professional organizers came in along with their endorsements.  Dana Balter repeated a fete recently accomplished by newly minted Syracuse Mayor Ben Walsh, “weaponizing the resistance”. 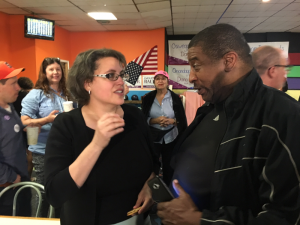 The intrusion by the national Democratic Party was the gift that kept on giving. In a climate of anti-establishment angst, the DCCC’s decision to airdrop money and endorsements activated the party activists gag reflex.

Balter wins by a whopping 20%, a margin that even surprised her supporters. Dana’s victory was fueled by getting large numbers from the voter rich 17th Ward in Syracuse. With Onondaga County having the majority of voters, looking at the 17th Ward was a bellwether for what was repeated throughout the Congressional District. Juanita Perez Williams showed strength in some predominantly African American Election Districts, the low numbers with high pluralities over Balter were not enough to win this election for Ms. Perez Williams.