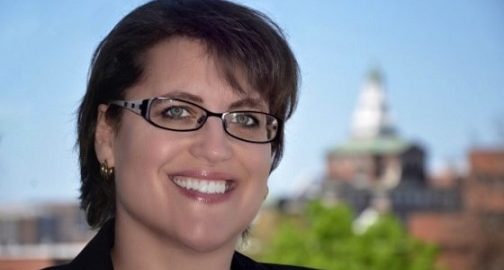 Sixteen days out from Election Day and support for Dana Balter is growing with each passing day.

On Monday, the Auburn Citizen highlighted a newspaper ad in which the Balter campaign continued to point out John Katko’s refusal to participate in live debates for the citizens of NY-24 outside the city of Syracuse. It’s more than a little disappointing that Katko is hiding from the people of central and western New York.

Also Monday, Dana received the endorsement of Social Security Works PAC, where special guest Jon “Bowzer” Bauman explained why we need Balter in Congress fighting to protect Social Security and Medicare for families in our state. Balter also participated in a candidate forum on disability issues to discuss how our community can be more inclusive.

A bad month got worse for John Katko early this week when his fundraising numbers for quarter three were released, showing that Balter outraised Katko 3:1. More than 96% of contributions to Balter’s campaign were under $100 – a stark contrast from Katko’s corporate- and PAC-heavy report.

On Tuesday, Balter welcomed House Speaker Paul Ryan to Syracuse. Ryan, who has spent years proposing devastating cuts to Social Security, Medicare, and Medicaid, was the latest attempt by Republican party leadership to prop up one of their most reliable rubber stamps in Congress. And while Katko tries to dodge, there’s no question that his party sees cuts to the Social Security and Medicare benefits hard-working people in his district have earned as their next agenda item. It’s a true sign of desperation that Paul Ryan is swooping in to bail out John Katko’s campaign with a $1,000 per plate fundraiser.

Wednesday Balter participated in a telephone town hall with AARP, where she pledged to expand and support the social safety net programs that many in our community depend on. Later in the evening, Balter participated in a Go Blue rally with Onondaga County Democrats. Between speaking with energized voters, Balter sat down with Syracuse.com for a Facebook Live interview, where she discussed a whole range of issues – from John Katko’s vote for the disastrous Republican tax bill and the need to expand access to affordable health care to more New Yorkers.

On Thursday, Dana attended a candidate forum with the Black Leadership Coalition; and then a Wayne County event with nearly 100 attendees showing enthusiasm for her campaign. Over the weekend, Dana participated in the NAN forum  – which John Katko left before the Q&A portion – and the NAACP Forum – which Katko refused to appear jointly with Dana at, despite our campaign’s willingness.

This campaign update is provided by the Dana Balter Campaign